MEPs have been discussing the outcome of the second Brexit vote in the UK House of Commons.

Yesterday, Prime Minister Theresa May’s deal failed by a margin of 149 votes. Today’s discussion which included EU chief negotiator Michel Barnier, looked at what happens next and if there are ways to bring back UK MPs favouring a No-Deal Brexit.

We are waiting for the new vote in the UK House of Commons. They are the only ones who can give us a direction on the Brexit process.

We in the EU Parliament and Commission wish to do as little harm as possible. What Michel Barnier tried to do was accommodate the ‘redlines’ and prevent hard border in Northern Ireland and protect EU market.

We want to do as little harm as possible to impact the EU and the UK. Brexit will be very harmful. We are in the hands of the British political system.. the solution will come from there.

The Chief Brexit negotiator for the European Parliament has told the plenary session that there is the collective feeling that despite the disappointment of yesterday’s vote, the EU will remain respectful, calm and determined that a solution will be found.

He explained that it is up to the UK to decide how they wish to find a solution on the Brexit impasse but stressed that the growing uncertainty surrounding the No-Deal Brexit has never been so high.

Despite this, the negotiations had provided assurances and guarantees to the UK Government about the details of the withdrawal deal. But, he stressed that the treaty which was negotiated with the UK government is the only treaty available.

Manfred Weber has said that on behalf of the EPP, any prolongation of the Brexit negotiations could only happen if there is a genuine clarification from the UK over what the country wants.

Brexit: What is the Irish Backstop?

Bullmann calls on the UK to find a way to avoid the UK going down the road of the No-Deal Brexit. However, the MEP also says that if the House of Commons is unable to find a solution and remains deadlocked. If they cannot find a solution, they should allow the people to decide.

Henkel has asked the EU to offer the UK an extension on the deal telling them that this would help the Remainers seek a 2nd referendum and the Leavers to change their minds on Brexit. This extension would given without conditions, he explains.

Verhofstadt explains that the leaving of the UK from the EU is a failure of the EU but states that in time, perhaps the UK will return with the more European understanding of the younger generation.

He explains that the UK is spinning out of control and needs cross party negotiation to find a compromise, a common view between the Labour and Conservative Parties.

‘Brexit is a bullet in a problem that the parties are using to kill eachother’, Verhofstadt says.

He stresses that the parties must make a clear agreement between the two parties which focuses on the country rather than party politics.

Verhofstadt also states that he is against any extensions on the deal saying that this would hijack the European election period and the discussions of the EU reforms and future.

‘Please make up your minds because uncertainty cannot last’, Verhofstadt 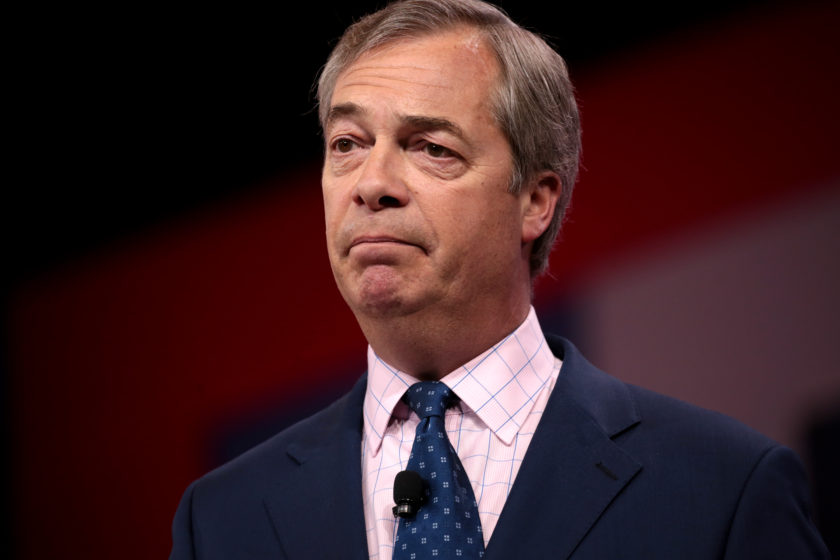 The leader of the UK Independence Party has said that the UK should be allowed for the UK to leave on March 29th without an extension.

He says that there is a gap growing between the UK political class and public opinion with greater unity towards the UK leaving, respecting the principle of democracy.

He adds that the relationship between the UK and the EU is such that it would better that the UK could simply leave. The UK has had enough of the insults and bureaucracy of from European leaders.

He calls on the Brexit negotiator Michel Barnier to veto a possible request from the Prime Minister to seek an extension on the deal.

‘Allow the UK to leave and we can get on with our lives’, Farage said.

Nicholson says that the deal is flawed and that an extension is needed in order that the EU and UK can go forward.

‘We want a good deal’, he said, telling the Chief Brexit Negotiator Michel Barnier has a responsibility in finding a solution to the current problems. He explains that Barnier has only been listening to people who have been saying things he wanted to hear, but that there is another voice.

He also raises the current news that goods moving unhindered to the Republic of Ireland from Northern Ireland is a positive sign.

Says it is time for a referendum on Irish Unity in light of the messy situation surrounding the Brexit and the Irish Backstop.

Bresso says that the Brexit process has been going on for three years now and it is time for the future of the deal and relationship to go back to the British people.

‘We need to allow them to speak again and allow them to say what direction the future should take.’, Bresso says. She adds that the Brexiteers within the Parliament are scared to give the British people a voice.

How will Brexit impact Malta?

‘Brexit: How will it affect Malta?’ discussed during the APS Talks

Sulik says that the current deal is ‘dead’ which means that the only logical solution is to prepare for a Hard Brexit.

He calls on clear heads to prevail stating that the extension would not be difficult to create and would part of steps to avoid reaching a Hard Brexit.

Corbett says that the only issue that the Prime Minister had been fighting to change was on the Irish Backstop rather than the other problems inside the deal.

So the options would be to either seek a change to a new deal or to reconsider Brexit. He explains that new research is showing that there is a new majority of people who are reconsidering Brexit and hoping to stay.

Timmermans concludes that the Parliament broadly supports the EU Commission’s negotiation and its efforts to reach a withdrawal agreement between the UK and EU which does as little harm as possible to both sides.

Timmermans also goes after the key Pro-Brexit members of the Parliament saying that they are showing Hubris by pushing their values while not addressing the reality of their desires.

He calls on individuals like MEP Nigel Farage to visit the Nissan car plant in Sunderland or the Mini car plant in Oxfordshire where the companies are looking to cut jobs because of the economic uncertainty of Brexit.

He states that the Brexiteers are seeking their ‘pipedream of sovereignty at the cost of people’s jobs’. 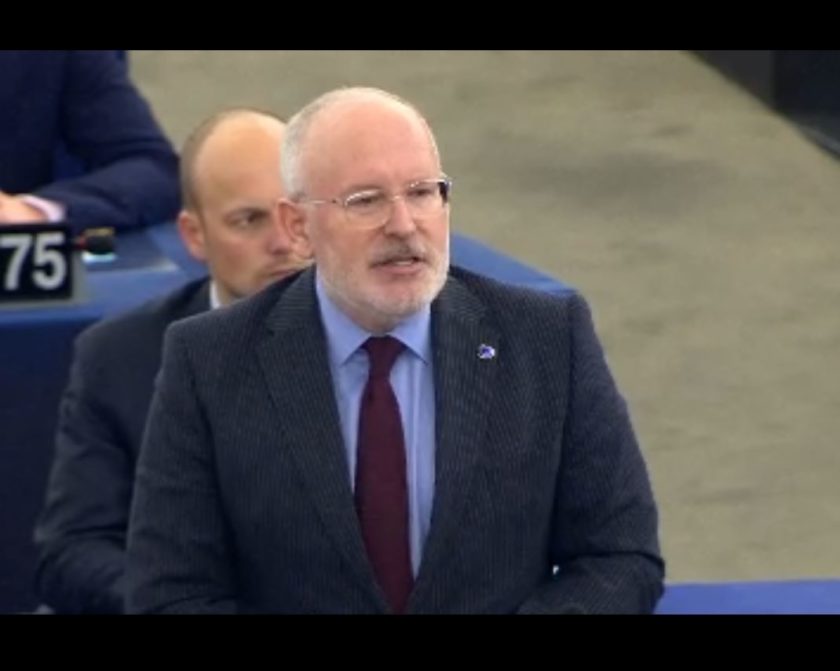 Added to this is the November 2018 report from the UK Government which estimated that the economic impact on the UK of leaving the EU would be 9.3% of its economic growth.

‘Talk to the people, is your liberty more important than their jobs?’

He then pours scorn on key Brexiteer MPs like Liam Fox, who had said that the deal would be the easiest deal to do but had to realise the serious complications attached to it. The same, he adds, for Boris Johnson who can’t promise the 350 million pounds for the NHS.

‘Frankly, what we want to come out of this situation is modesty and honesty on all sides’, Timmermans says.

In concluding his comments, Timmermans says that the ‘withdrawal agreement is the best and only possible agreement for the UK and the EU.’

Jesmond Saliba   January 20, 2020
Dr Caruana was requested to resign and is expected to do so on Monday morning.