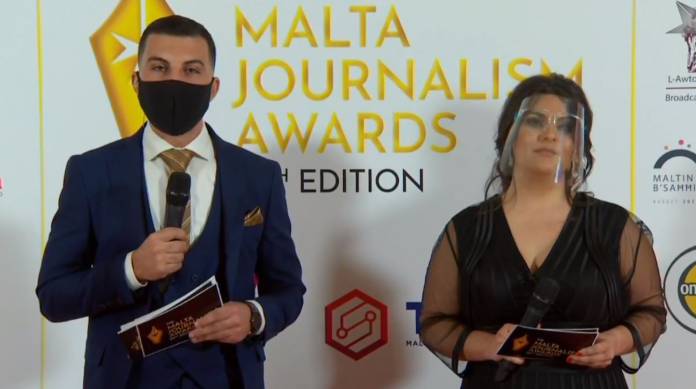 Peppi Azzopardi – whose long-running show Xarabank was pulled off the air by TVM this year – was awarded the Gold Award in recognition of his career during the 30th edition of the Malta Journalism Awards organised by the Institute of Maltese Journalists.

The awards event took place on Saturday evening, with Kelly Peplow from ONE and Keane Cutajar from NET starting the event by interviewing finalists and the heads of Maltese newsrooms. The award ceremony began at 8.45pm, and was presented by Colin Fitz and Valerie Vella.

Nominations for the various awards could be presented by journalists themselves or by the heads of news, and Newsbook.com.mt photographer Miguela Xuereb and blogger Iggy Fenech have been selected as finalists.

The awards were decided by juries composed of people experienced in journalism and the media.