Economy Ministry Silvio Schembri announced that the Wage Supplement measure will continue to be distributed during May and June as well.

The Minister for the Economy, Investment and Small Businesses Silvio Schembri and the Chief Executive Officer of Malta Enterprise, Kurt Farrugia gave the latest updates on the economic support measures related to the COVID-19 scenario during a press conference.

Silvio Schembri said that despite that the number of telephone calls received by Malta Enterprise continued to increase, there wasn’t a difference registered in the queries registered by companies or individuals.

Over, 50,000 queries were received during the past week by Malta Enterprise.

Regarding the teleworking measure, Schembri said that they received 428 applications out of which 274 are still pending. 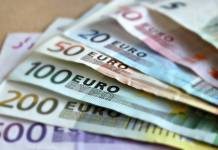 1,553 applications were received towards the quarantine leave and 363 are the number of applications that still need to be processed.

For the wage supplement scheme, an additional 5,000 employees will benefit from it as from this week.

In the case of companies falling under Annex B Minister Schembri said that there was an increase of €15 million in payments to applicants.

Malta Enterprise CEO, Kurt Farrugia said that those who apply until today for the wage supplement scheme will receive payments in arrears for March and April but those who apply as from tomorrow will benefit from the payments to be distributed during May and June. 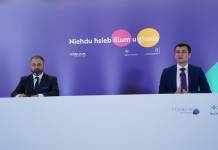