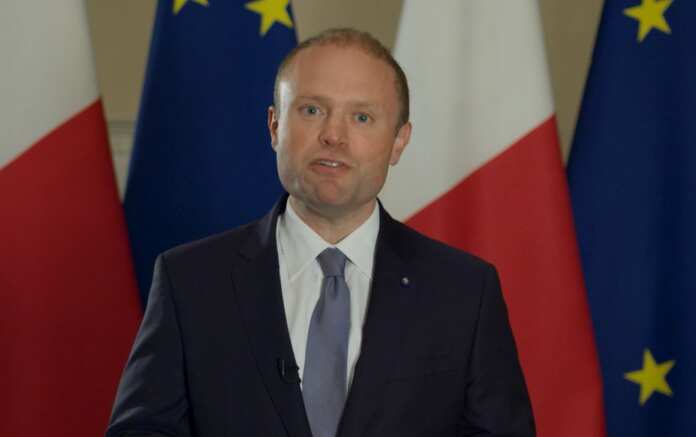 The Prime Minister and Partit Laburista (PL) leader Joseph Muscat said that women require further assistance to continue to progress in their careers and that distinction between gender needs to be eradicated.

During the party’s General Conference closing speech, Joseph Muscat began  by talking about the slogans that are being used during the current EP elections campaign. He explained that Malta is in the PL’s heart and that the part is eternally bound to strengthen the Maltese society. He said that everyone has Malta at heart irrelevant of each and everybody’s political view.

Muscat explained that everybody is benefiting from economic success, with those who previously lived in poverty has now climbed a rung on the social ladder, and with patients no longer having to wait for operations amongst others. The Prime Minister added that all this well-being costs millions of euros but does not negatively affect the Maltese population. He also explained that these millions had to be created before they could be spent. Muscat explained that Malta is registering its third annual consecutive surplus. People are experiencing progress.

The Prime Minister said that progress does have its negative aspects however, he prefers it this way than having no progress as it generates well-being. Touching on the current infrastructural changes he said that these might frustrates people especially because of increased traffic however one had to consider that this will result in fortified roads with less wear and tear in the future.

Referencing to the tunnel project between Malta and Gozo, the Prime Minister said that this government is giving its due importance to the island of Gozo. He also mentioned the installation of the second fibre optic cable between the two islands that will enhance further commercial opportunities for the second largest island of the Maltese archipelago.

Muscat then talked on how there needs to be more time dedicated for the family. This would require a larger number of clean public spaces. He also mentioned a model that is already being adapted in a number of localities taht will be spread all around Malta and Gozo. The Local and regional councils will also update their cleanliness procedures for a cleaner environment. He also announced that a huge project will be launched in the comming days which will include a large public space.

The Prime Minister also lauded the Maltese athletes’ success during this year’s Special Olympics, which instigated the government to start working on a vast sport-related project which will be of benefit for everyone.

Muscat said that the manufacturing sector in Malta is going strong and that companies are not finding enough Maltese human resources even though the salaries are good. He added that this is why we need foreign workers in our country and he prefers to have foreigners coming to work in Malta than companies leaving because of inadequate manpower.

Joseph Muscat said that when Malta accessed the EU in 2004, this meant that every EU citizen could come to Malta and every Maltese could go to another EU country. He said that because of the current economic well-being, foreigners are seeing Malta as an opportunity.

The PL leader also talked about the rights that his party has introduced in the country even when it was still in the Opposition. He mentioned the introduction law in relation to divorce, gender and others that led to further social inclusion. He also thanked the PL candidates that are suffering from a disability that are contesting the elections under the PL banner.

The Prime Minister said that currently there are schemes for individuals to be able to become home owners, however further schemes will be announced shortly which will allow further affordability. He said that though these initiatives, the government will also address the wage disparity between genders amongst others.

Staff Reporter   October 30, 2020
The three winners will each be allocated 30,000 euros to develop their projects.