Until now, as Nationalist and Opposition Party Leader, it has been a learning curve said Bernard Grech as he was being interviewed by Quinton Scerri during the programme ‘Sabiex Nirnexxu’. The interview was aired on the PN’s media on Sunday.

Asked about his promise to have a female PN deputy leader, Bernard Grech said that he had explained that his proposal was to be discussed within the PN structures and if approved it would be implemented after a general election.

The PN leader mentioned again his appeal to Prime Minister Abela to call a general election when the time is right for the country and not when it suits the Labour government or the Labour Party. 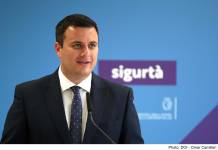 Grech said that the current coronavirus situation is Robert Abela’s fault as he did not say the truth to the public, for his lack of enforcing measures and for giving people the idea that all is business as usual. “When the PN criticizes the government on how the pandemic is being handled, we are being realistic,” said Grech while referring to the situation in schools were educators and even students are contracting the virus or have to observe quarantine.

“We need to be honest with ourselves, this is not business as usual. I am sure that Prof. Charmaine Gauci, as the Superintendent for Public Health, wants certain decisions to be taken, but she cannot as it is Prime Minister Robert Abela who is deciding,” stated the PN leader.

Grech emphasized how as a country we should not forget what we have been through back in March, April and May because if we forget we might face the same situation and this is not fair for all those who have suffered, those who contracted the virus, those who lost their job or had to shut down their business.

Regarding the migration issue, PN leader Bernard Grech said that the issue is not only related to the illegal migrants but also to all those migrants who came to Malta to work and are now facing unemployment.

On the economy Bernard Grech said that our economy needs to be diversified and that we need to invest in the services industry. He explained how our economy cannot be based on unsustainable sectors such as construction or the already established sectors, by the PN government, namely the gaming, IT and aviation sectors.

“Grech didn’t come up with any solution” – PL

In over 45 minutes of speaking, Bernard Grech came up with no solution to any of his problems, the Labour Party insisted.

In its reaction, the Party noted that Grech talked a lot about the pandemic but did not say what he would have done better instead. He also said that there is a problem with the economy and according to him it has grown too rapidly, the statement continued.

According to PL, the only solution he mentioned is to the challenge of migration, which was for the Government to decide on a case-by-case basis.