The Nationalist Party and Opposition leader Adrian Delia has praised the work of Deputy Prime Minister and Health Minister Chris Fearne in providing the necessary information and to control the spread of coronavirus while saying that on the other hand, Prime Minister Robert Abela is trying to detract Fearne’s and Prof. Charmaine Gauci’s achievements.

The PN leader stated this while interviewed on the PN’s media.

Delia referred to what Prime Minister Abela said during an interview on Sunday, where he stated that regarding the possibility of the 2nd wave of coronavirus, waves are in the sea and that people should not be afraid to enjoy beaches while maintaining social distancing. Abela also hinted that during this week restaurants, hairdressers and other businesses might re-open.

With such statement Prime Minister Abela is irresponsible and his only interest is not to lose the economic momentum rather than prioritizing the public’s health, said Adrian Delia. 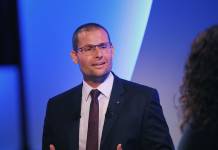 Regarding the decision taken by the government to not buy a prefabricated hospital, Delia said that at least the government must increase the number of ventilators because authorities need to continue preparing for any kind of eventuality. If the labour government would not be ‘handing out’ millions to Steward Healthcare, the human resources in our hospitals would be much better equipped, said Delia.

Govt has no long-term vision – Delia

The PN leader has accused the Labour government it has not planned the next step where our country should take the education for future generations.

He also stated that from what emerged after Education Minister Owen Bonnici launched the think tank, showed that the government is not consulting with the main stakeholders in the education sector mainly the teachers and the parents.

Govt again proves there is no long-term plan for education, says PN 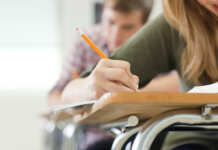 During the interview, he also referred to the Constitutional reform and said that the government was under pressure and did not inform President George Vella on the latest updates. Adrian Delia said that the constitution should serve the people and not politicians.