The PN and Opposition leader Adrian Delia has asked why hasn’t Prime Minister Robert Abela declared null the VGH contract. The share capital of Vitals Global Health care, which was a newly established company, was of € 1,000. This means that the company was not capable of investing millions of euros in our health system, stated Delia during an interview on Saturday on the Party’s media.

The Labour government had signed the contract with VGH in 2015 at that time Konrad Mizzi was the Minister responsible for the health sector.

The PN leader asked what is Robert Abela waiting for and that he should be accompanying him to court to return the three hospitals to the public and to protect the Maltese and Gozitan taxpayer. Delia also questioned what are Abela’s interests in the VGH contract.

On Friday the PN leader made a statement after the court sitting on the case filed by himself against the government and Vitals Global Healthcare. Speaking to journalists in Valletta Adrian Delia said that no due diligence was carried out on Vitals or any people behind it before the company was awarded a concession on three public hospitals. 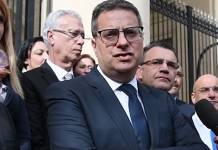 During the interview conducted by Net News journalist Francesco Catania, the PN leader has also expressed his disbelief as the emerging details on the murder of journalist Daphne Caruana Galizia. He referred to the testimony of the former Economic Crimes Unit Chief Ian Abdilla during the public inquiry into Daphne’s murder. Adrian Delia said that it is shameful that the police did nothing to investigate the Panama Papers. 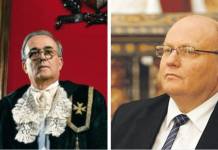 The Chief Justice Emeritus said in Court on Wednesday that a note by Attorney General(AG) advised the police to go slow on the Panama Papers. The AG strongly denied this in a comment to Newsbook.com.mt.