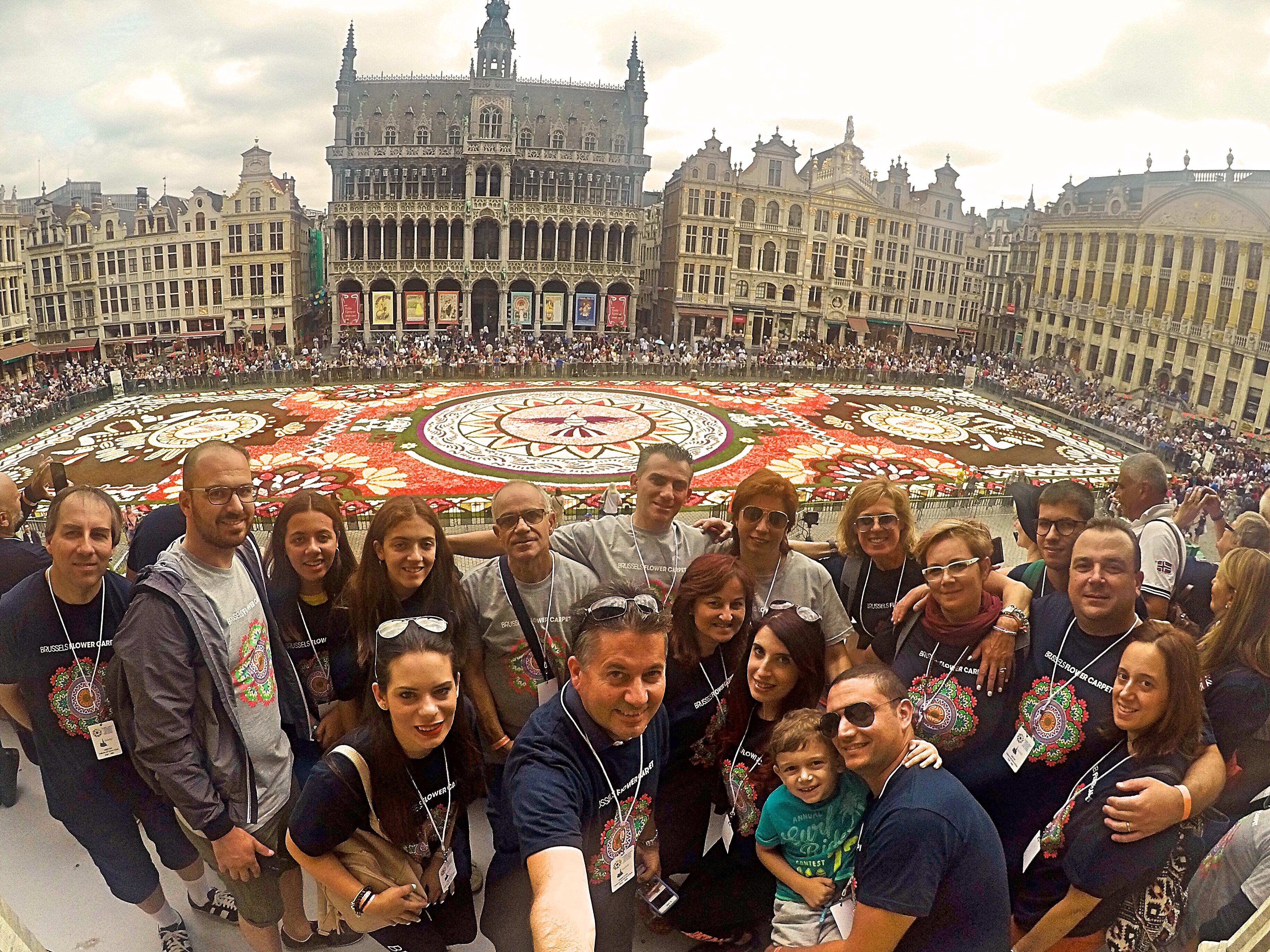 The Għarb Infjurati Group is currently participating in the ‘Flower Carpet Festival’ at the Grand-Place in Brussels, Belgium

Every two years the Grand-Place is covered with a flower carpet of begonias. The carpet of 77 metres by 24 metres is composed by about 120 volunteers, with over half a million begonias in less than four hours. This year’s Flower Carpet is dedicated to Guanajuato, a Mexican region with a particularly rich floral culture and tradition.

Twenty-seven countries, including Malta, are participating in this year’s festival.In an exclusive interview with Newsbook.com.mt, Għarb mayor David Apap Agius, who is currently in Brussels along with 13 volunteers from Gozo, explained that Għarb has been holding an infjorata or flower carpet festival since 2003.

Two years ago, the Group applied to be a member of the Comisión Internacional de Alfombristas (International Flower Carpet Association) and from that day on,  the group has taken part in various infjorati across Europe.

Apart from participating in the flower carpet entitled ‘Guanajuato, Cultural pride of Mexico, Apap Agius also said Għarb Infjurati Group, together with six other countries, were chosen to work on an original design for  this years ‘Flower Carpet Festival’. The theme chosen was a scene from the Gozo Citadel. For this particular infjorata 120,000 flowers were used.

Members of the Għarb Infjurati Group are all volunteers. Participation in the ‘Flower Carpet Festival’ was made possible through the support of the Għarb Local Council, the Ministry for Gozo and the V18 Foundation.