Education Minister Evarist Bartolo has officially retracted the controversial amendment to the Education Act, and it now calling on the Malta Union of Teachers to call off their planned strike on Monday.

It was made clear, although never explicitly confirmed, during question time that the Act was retracted after the MUT left the conciliation meeting in protest after the no agreement could be reached.

This after a disagreement which arose in the last few days about three legislative bills proposed to amend the Education Act. The Malta Union of Teachers (MUT) said that it wasn’t consulted before and hence ordered a one-day strike.

The Ministry has tried to no avail to stop this strike, even promising to retract the proposed bills from Parliament earlier this morning during another press conference. The MUT is still adamant on striking on Monday. 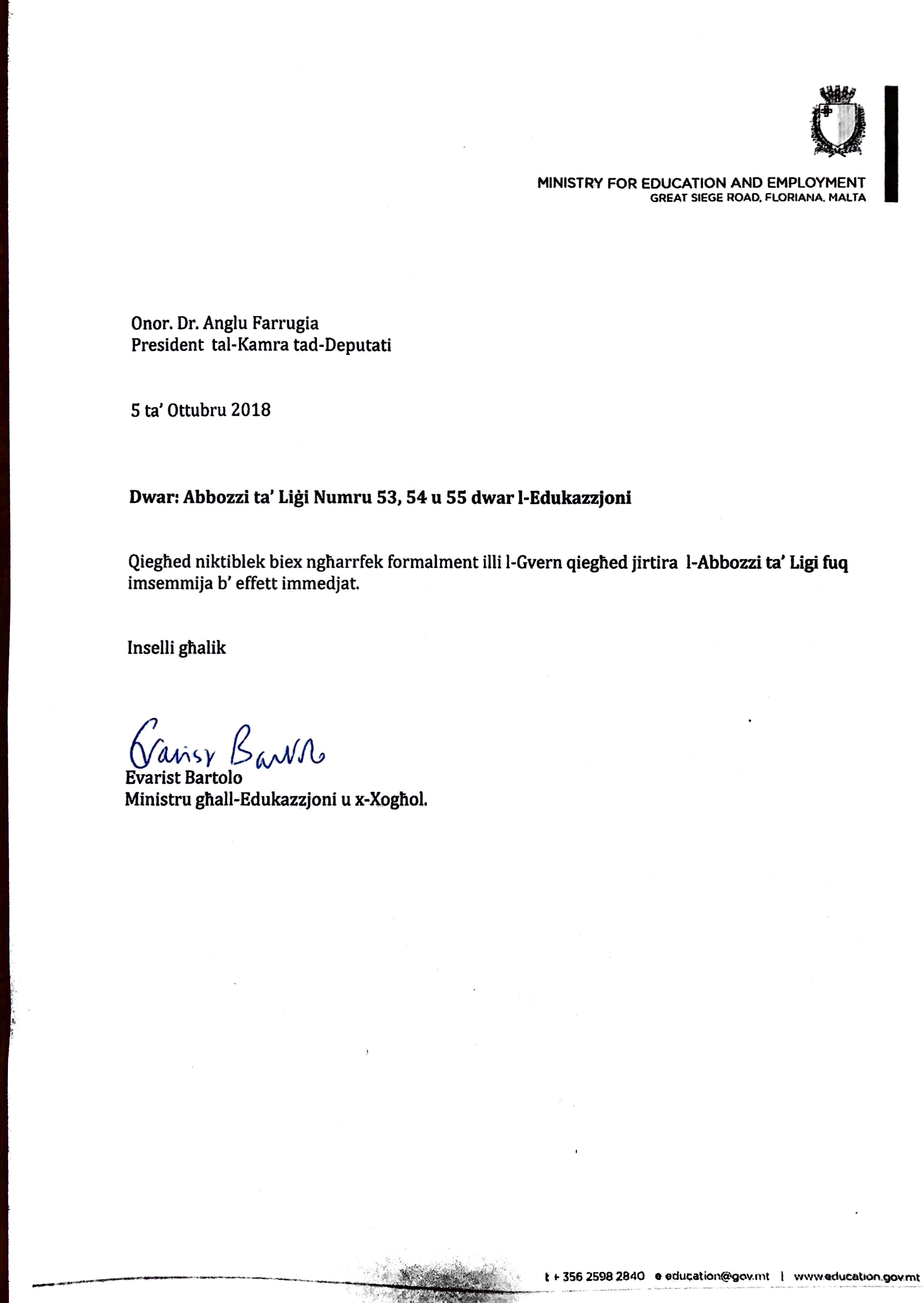 Monique Agius   January 18, 2020
The resignation of the Police Commissioner was overdue by two years, Delia highlighted. He added that had Lawrence Cutajar resigned earlier, a lot of issues which arose over the past months could have been avoided. 'Cutajar obstructed justice to protect criminals,' Delia claimed.

Joseph Giordimaina   January 18, 2020
Gauci lost her life today while diving in Imġarr ix-Xini with a friend

Sylvana Debono   January 17, 2020
The December level of the Central Bank of Malta’s Business Conditions Index suggests that in recent months, activity continued to expand, but at a slower pace compared with the historical average.

Gozo shocked by soldier’s death; “an exemplary woman with a heart...