In the past five weeks, Malta Enterprise has received 47,977 queries on the economic support measures related to the COVID-19 scenario.

This information was provided during a press conference addressed by the Minister for the Economy, Investment and Small Businesses Silvio Schembri and the Chief Executive Officer of Malta Enterprise, Kurt Farrugia.

Kurt Farrugia said that half of the applications received have been processed without any issues and an e-mail as a follow-up is being sent and once Malta Enterprise receives a reply it can proceed to the following stage.

Minister Schembri gave a breakdown of the applications received and processed to date by Malta Enterprise. He explained that the 380 applications were received for the teleworking scheme. Out of the 380, 130 were reviewed, 113 were accepted and 17 were refused. Around 250 applications are still pending. Minister Schembri said that €60,000 have been disbursed by the government under this scheme.

Also, 1,486 applications were received towards the quarantine leave measure.

Regarding the wage supplement measure, 18,204 have been received out of which over 4,300 from companies and around 13,000 self-employed applied.

Economy Minister Silvio Schembri gave also the details on the partial wage supplement (Annex B) 2,627 were received out of which 15,364 employees are employed full-time and 1,808 employed part-time. 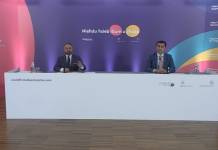