Minister for the Economy, Investment and Small Businesses Silvio Schembri explained that in the past four weeks the entities responsible for the economic COVID-19 measures received 42, 547 queries out of which over 19,000 were calls and over 23,000 queries in e-mails and Facebook messages.

The details were provided during a press conference on Friday which was also addressed by the Chief Executive Officer of Malta Enterprise Kurt Farrugia who said that they are experiencing co-operation from the companies applying for the measures and till now they did not find any form of abuse.

Silvio Schembri said that government has already issued payments for the approved applications which fall under Annex A and B as listed by Malta Enterprise.

The Economy Minister gave the updates on the various economic COVID-19 measures;

Economy Minister Silvio Schembri explained that people who are employed on a full-time basis but also have a part-time job as well can only apply for the full-time wage supplement.

On the other hand, people who only have a part-time job can apply for the part-time wage supplement. 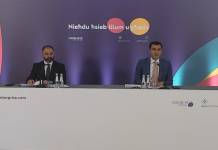 Minister Silvio Schembri said that the government is currently holding meetings with several other economic industries affected by COVID-19 to determine their eligibility to benefit from the economic measures launched by the government and if there is the possibility to launch tailor-made measures.

Schembri also mentioned that initiative launched on Thursday by the government for businesses which require loans due to the coronavirus outbreak will benefit from a 2.5% subsidy on interest rates.

The Maltese government has already issued three financial packages aimed at helping businesses especially the hardest hit sectors due to the outbreak. The latest set of measures is aimed at assisting businesses to address liquidity difficulties.

Watch: Government to subsidise up to 2.5% on business interest rates 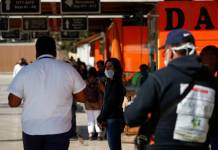