Having the right attitude in the current economic climate will be the key to the size of the benefits which Malta can reap from the Post-Covid world. This was the opinion of Perit David Xuereb, President of the Malta Chamber of Commerce when interviewed on Newsbook Q&A.

The right attitude for Perit Xuereb includes healthy doses of diligence, discipline and flexibility. In this extensive interview, Perit Xuereb gave his ideas on post-Covid economy ahead of the Webinar being organised by Newsbook.com.mt on Thursday 28th May at 10:00.

Register
Newsbook.com.mt webinar takes a step into the future 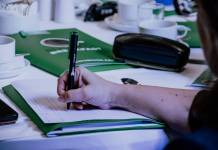 David Xuereb said that in the current scenario, businesses need to be flexible and savvy. In a health situation where the coronavirus is likely to keep coming in waves over periods of time until herd immunity is established, businesses need to be geared to function in ‘normal’ and ‘lockdown’ position equally. He added that businesses who survive, be they big businesses or micro industries such as little shops, need to take into account how the attitudes of people have been changed by the pandemic. “People are likely to think more of their health, so the food industry needs to modify as required. Working from home has been shown to be just as efficient as working from the office, so again, workplaces may need to adapt,” said Perit Xuereb. He added that investment in human resources, particularly in the health and mental well-being of employees was now a must. “Twenty years ago, having an air conditioning system in the office was an attraction to employment. No one would, today, conceive having an office without air conditioning. Remote working, health care and mental health considerations will now be the new attractors,” said Xuereb.

But is this all just ‘goody two shoes’ stuff of is there hard business logic behind it?

Perit Xuereb left no doubt: the size of the slice which Malta manages to carve for itself from the global economy will depend entirely on its ability to have foresight, be diligent, disciplined and flexible. He said that being so tiny, even crumbs from the world cake would be sufficient. However, if the country is not prepared, it would not manage to catch even that crumb. He expressed gratified surprise at the way the Maltese knuckled down and soldiered on in the days of the pandemic quasi-lockdown. He said that the exceptions of people hogging the coast road on fine days and championship celebrations, deplorable as they are, are indeed the exceptions which proved the rule. He said that with such discipline, Malta may well be holding a big ace up its sleeve internationally.

The money funnel was also helpful. Perit Xuereb said that banks, which he agreed were normally cautious, were doing their best to help salvage companies. He said that this help, however, needs to be based on performance, adding that rotten apples were now being caught out. Xuereb was referring to companies who relied on illicit financing including money laundering. He said that while such illegal activities make life more difficult, these will now be caught out because there is only so much one can do to hide illegal gains. Banks, added the president of the Malta Chamber, needed to to be assisted by good business plans. He said that while he realised that small businesses would probably not have business plans, now was the time to set things in order so that the business is insulated as much as possible against shocks such as the pandemic.

Watch: When drama rules your life

On 103: Has construction reached the point of collapse?

Watch: “Don’t call me a hero,” veteran nurse speaks about her work experience

John Paul Cordina   July 14, 2020
Former President Marie-Louise Coleiro Preca has appealed to EU leaders to make a strong commitment in favour of reducing child poverty across Europe by agreeing on a substantial allocation of EU resources to tackle the issue.

Watch: “Professional women still have obstacles in their way” –...