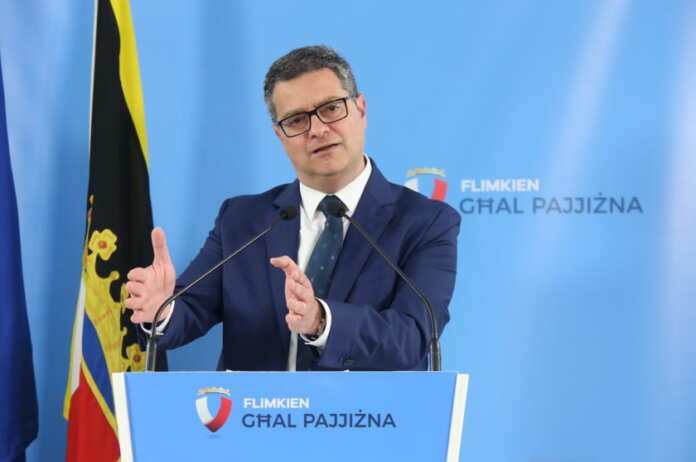 Partit Nazzjonalista and Opposition leader Adrian Delia questioned if government has a social conscience and how could see the elderly as a problem, telling them to hurry up and die. Speaking at the close of the party’s Extraordinary General Council on Sunday at the party headquarters, Delia thanked EPP spitzenkandidat Manfed Weber for finding the time to attend the EGM. He thanked also the EP election candidates for their speeches.

The PN will fight for life, like it fought for liberty

Delia said that it is the PN’s duty to will defend life from its conception until its end, especially when the PL believes in the right to choose before the right for life.

Moving on, the PN leader also said that Malta does not have the necessary educational resources that are being used in other countries. He added that Maltese educators do not have the stamina to remain in their profession even though they love teaching, because of the restrictions they constantly face. Consequently, Malta is the topmost European country where students drop out of school. He said that the government is not interested in all this and is not even planning for the future and is instead importing workers from abroad that are ready to work in containers for €400 a month.

Government has no social conscience

Adrian Delia stated that every time that the government announces surpluses in the economy it is deepening the anguish of all those that are suffering from the high cost of living that the current state of affairs have generated as well as all those who want to improve their education and themselves.

Delia stated that economic figures are only increasing because of an increase in the population. He also said that the government is not even trying to increase the possibilities of the middle class but is instead creating a wider gap with the upper crust, which is wallowing in its prosperity.

Adrian Delia also referred to the reports issued by the Venice and the GRECO Commissions and said that despite the government saying that it will implement the recommendations, it still appointed new magistrates and judges whilst undergoing constitutional reforms.

Manfred Weber greeted the audience in Maltese with the phrase “Ħuti Maltin u Għawdxin” (my Maltese and Gozitan brethren). He also greeted and praised the work of his fellow MEPs Francis Zammt Dimech, Roberta Metsola and David Casa. He also said that Partit Nazzjonalista leader Adrian Delia is contributing towards the future of Europe.

Weber referred to his age (46) and how he is a first-generation EU citizen. He also mentions how the European Union was created as a means of expression towards continental unity.

The EPP leader illustrated how the party’s main prerogative for the next EU parliament will be migration which he stressed is not just a southern European issue. He also talked about the need for concrete initiatives in the housing sector.

Moving on to discuss commerce, he said that Europe is currently facing some difficulties because of Brexit and Donald Trump presiding over the United States.

Manfred Weber said that he feels proud to see a Christian church in the middle of every European city that he visits. He also added that it is important that Europeans feel proud of their faith and do not leave churches to just function as museums.

The leader of the EPP ended his speech stating that Europe is a democracy and not a bureaucracy and should keep such a status quo. He said that egoism and nationalism within Europe are regaining momentum with politicians such as the French LePen, which we have to get rid of in order to keep Europe democratic.