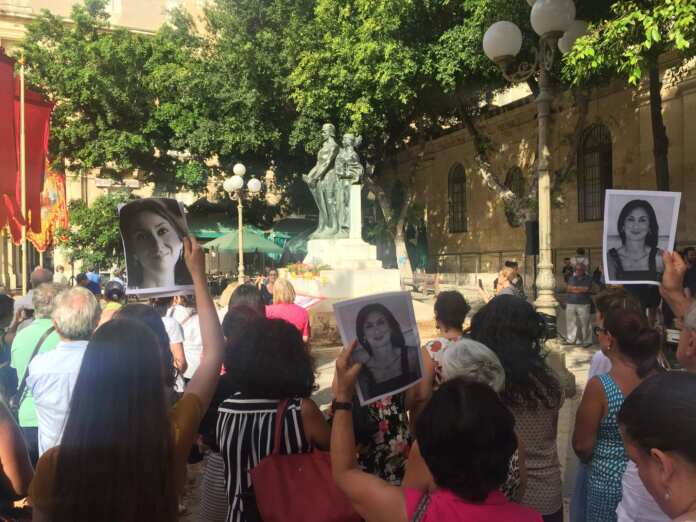 The group Occupy Justice has once again organised a vigil in remembrance of slain journalist Daphne Caruana Galizia.

The event is currently taking place near the Great Siege Monument, which for the last months served as a monument for Daphne and near which protests were organised and vigils were made .

In a press release, #occupy justice said that after 9 months, Malta still does not know who ordered the journalist’s murder. The group said it is showing Muscat, Mizzi and Schembri the red card, as they threw Malta’s reputation down the drain.

#Occupyjustice appealed the aforementioned three to give up their seats before it is too late.