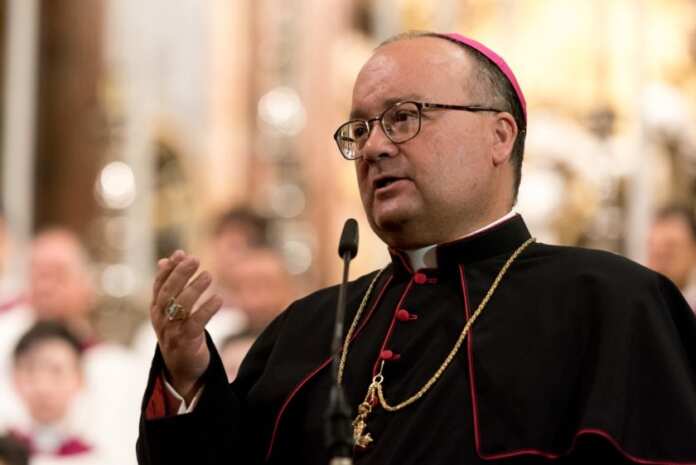 “I know families who find it difficult to live on very little wages. I appeal that the wealth should be distributed justly. We want to do our utmost so that the solidarity between one and other is alive and solid.”

Archbishop Charles Scicluna said this during his homily for families organized by the Christian Family Group. The Mass was held today at the Co-Cathedral of St John in Valletta.

The Archbishop began his homily by saying that during a recent visit to Albania he saw icons of St. John the Baptist painted with wings. ‘They do this’, said the Archbishop, ‘because as we heard today in the Gospel of St. Luke, he used to proclaim the good news, and so we can call him an evangelist. Scicluna went on to say that the good news that John the Baptist speaks about is concrete. He preached about the baptism of repentance that leads one to ask a specific question: what should we do?

“We want to deliver concrete decisions in our lives. The life of a family begins with a concrete word. The ‘yes I do’, that is said during a marriage is a sign of love to be translated throughout life.”

The Archbishop said that John shows us how we should share our lives with others. The sharing of clothing and food, which St. Luke mentioned in today’s Gospel passage, applies to family life because we receive clothing and food from our parents.  The Archbishop said that love should start within a family and then spread to others outside the family.

The Archbishop also said that St. Luke in today’s Gospel also gives details of the meeting that John the Baptist had with the Publicans and with the soldiers. He told the Publicans not to take more taxes than they should, which meant that they should be just, while he asked the soldiers not to steal. This, said the Archbishop is relevant today as there is much need to be just in order to be able to enjoy the peace in our hearts.

At the end of his homily the Archbishop said that earlier this month he baptized two adults from a country where Jesus is not so known. He said that they had told him that they decided to become Christians because they found other Christians who helped them and where kind with them.

Watch: “We need to pull the same rope” – Archbishop Scicluna