The celebration of Rebecca’s life was held at St Julian’s Parish Church on Wednesday. 15-year-old Rebecca Zammit Lupi known as Becs has passed away on Sunday after battling bone cancer.

The funeral ceremony was led by Archbishop Charles J. Scicluna.

“You are precious in my eyes and I love you, do not be afraid for I am with you, your Saviour,” these are the words of prophet Isaiah between a loving father and his beloved child, explained Archbishop Scicluna as he delivered the homily during Rebecca’s funeral mass.

The Archbishop continued saying “for Becs we believe that God is her saviour and He is with her and that God is embracing her in a state of eternal youth that knows no death no suffering no tears. God tells us to let her go even though we wanted to keep her but we could not.”

She was true to her name

During the homily Archbishop Scicluna mentioned how her parents named her Rebecca which means a person of captivating beauty which is what many people have captured during her sorrow. She was true to her name, said the Archbishop.

“She passed through the dark valley of physical pain, frustration but she will be remembered for her resilience, her stamina for her courage but most of all for her smile,” said Scicluna.

“Becs fought the good fight to the end, kept to her faith to the finish”

He also said that there are the moments when our faith is challenged and it is during times when hope seems far but during that time we must believe. Archbishop Scicluna then mentioned how Rebecca Zammit Lupi was called to her creator on the epiphany, when three wise men who followed a star found a poor baby together with his poor parents which signifies the meeting with Jesus Christ made man who has been caught to be a sacrificial lamb for our sins but “Becs fought the good fight to the end, kept to her faith to the finish.”

“Becs loved colour, so feel free to wear colourful clothing if you so wish,” said Darrin Zammit Lupi while announcing the celebration for his daughter Becs life on Facebook, last Monday.

1 of 4
Teenager loses her battle with cancer 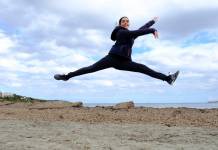 Rebecca was diagnosed with Ewing’s Sarcoma, a rare and extremely aggressive form of bone cancer, more than a year ago. Her battle with cancer was chronicled by her father and award-winning photographer Darrin Zammit Lupi.

Becs’ life celebration will be held on Wednesday 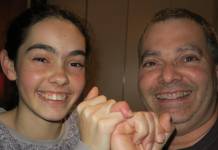 Funeral for Terry Farrugia to be held today