Archbishop Charles Scicluna reflected on St Paul’s words when he entered into a dialogue with Marcus Vipsanius Agrippa during a homily he delivered for the Pontifical Mass on the Feast of St Paul’s Shipwreck on Monday morning. 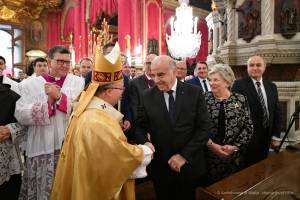 “I’d imagine the news shocked the Centurion, since it was absolutely outlawed to torture a Roman citizen,” Archbishop Scicluna told the congregation.

As a Roman citizen, St Paul decided to exercise his privilege of appealing to Caesar.

During his homily, Mgr Scicluna referred to chapters 9 and 10 from the Acts of the Apostles, and cited excerpts from chapter 11.

He explained that the account on St Paul’s conversion was essential to today’s celebration.

“In his conversion story, St Paul goes into detail about his conversation with Jesus on his way to Damascus,” Mgr Scicluna explained. He then highlighted some instances which one does not find anywhere else in the Bible. 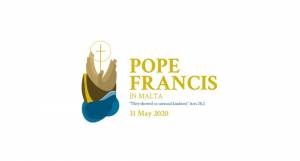 During Mass, the formal announcement of the Apostolic Journey by Pope Francis to Malta was made. Archbishop Scicluna invited President George Vella to read out a statement issued by the Curia in three languages; English, Maltese, and Italian.

“Welcoming the invitation of the President of the Republic of Malta, the Authorities and the Catholic Church of the Country, His Holiness Pope Francis will make an Apostolic Journey to Malta and Gozo on 31 May 2020.

The programme of the journey will be published at a later stage,” President Vella read.

Following the announcement, the congregation sang the national anthem.