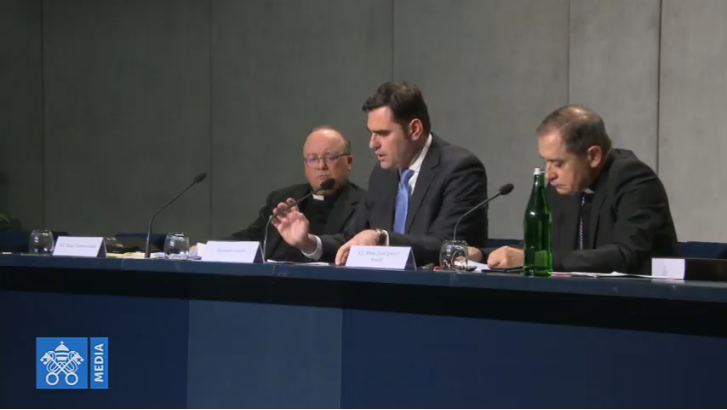 Archbishop Charles Scicluna said that the document issued by Pope Francis was not only important but was also a clear procedural guide on how to take action when abuse is brought to light. He said that the letter is based on the principles of transparency and accountability as well as empowerment to the communities when the ecclesiastical powers fail to act.

Archbishop Scicluna was referring to an executive decree issued by Pope Francis on the sexual abuse to minors. The executive decree’You are the Light of the World’ underscores the need for accountability on the part of adults for their care of young and vulnerable people. Archbishop Scicluna said that the Motu Propriu was also innovative in that the term ‘vulnerable person’ was actually being defined. There is also a universal obligation to denounce abuse accompanied by a universal protection of whoever reports such abuse. Archbishop Scicluna said that the document also obliges each diocese to have structures in place to assist not only the reports but also structures to assist the abused and their families to come to terms with the situation and continue with their lives.

‘No one is above the law’

Archbishop Scicluna said that the second part of the document outlines the way the upper echelons of the church can be investigated. This is an innovation, he said and is meant to give a strong message that there is no immunity in case of abuse and that the leaders are not protected by cannon law. “The Bishops fall directly under the responsibility of the Pope and the message is clear – no one is above the law” said Archbishop Scicluna. The jurisdiction of the state is not being interfered with or tampered with in any way and those are to proceed independently. He said that the Bishops will be given all the help they require from the Vatican given that the work in these cases is not easy at all. He said that the Pope Francis wants people to speak up when there is a misdeed, the information must be protected and the victims must be helped to overcome the abuse.

Bishop Juan Ignacio Arrieta Ochoa de Chinchetru, said that this executive decree, also called a Motu Proprio is a procedural document and gives clear outlines on how canon law needs to be followed in cases of abuse. The document refers also to the position of Bishops both when they are accused of abuse as well as when they have to deal with abuse in their diocese. He also gave a detailed explanation of the document. “This document is very important in that it gives a clear outline in the way the information is to be collected, safeguarded and acted upon” said Bishop Arrieta