Archbishop Charles Scicluna has appealed to the public to show solidarity and remember those members of the family who are closest to them. He explained that a new form of poverty was loneliness. Archbishop Scicluna presided over Mass on the Solemnity of Mary, the Holy Mother of God. Wednesday also marks the day of World Peace in the Catholic Church’s calendar.

During his homily at the chapel at Dar tal-Providenza, Siġġiewi, Archbishop Scicluna called on the public to reach out to their family members. He explained that solidarity is a beautiful thing, and that one should reach out to those closest to them and retain a net of solidarity especially when faced with loneliness, a new form of poverty. He remarked that the first day of the year highlights the importance of love.

The Mass opened Dar tal-Providenza’s annual fundraising marathon, Feast of Generosity. Archbishop Scicluna appealed to the public to visit the residence in Siġġiewi and meet the residents and volunteers and donate. The nation’s show of solidarity on the first day of the year brings joy to Archbishop Scicluna.

Feast of Generosity: How can you help Dar tal-Providenza? 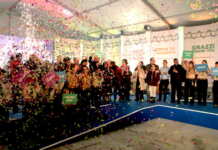 During his homily he thanked the Sisters of Charity for their continued work at the home. The Sisters of Charity of St Jeanne Antide Thouret started their work at the home, 52 years ago. He also thanked all those who have helped throughout the years, including the state. He thanked the nation for showing its continuous support with the charity. Archbishop Scicluna explained that Dar tal-Providenza’s work resulted in the possibility of having differently abled people continue living within the community.