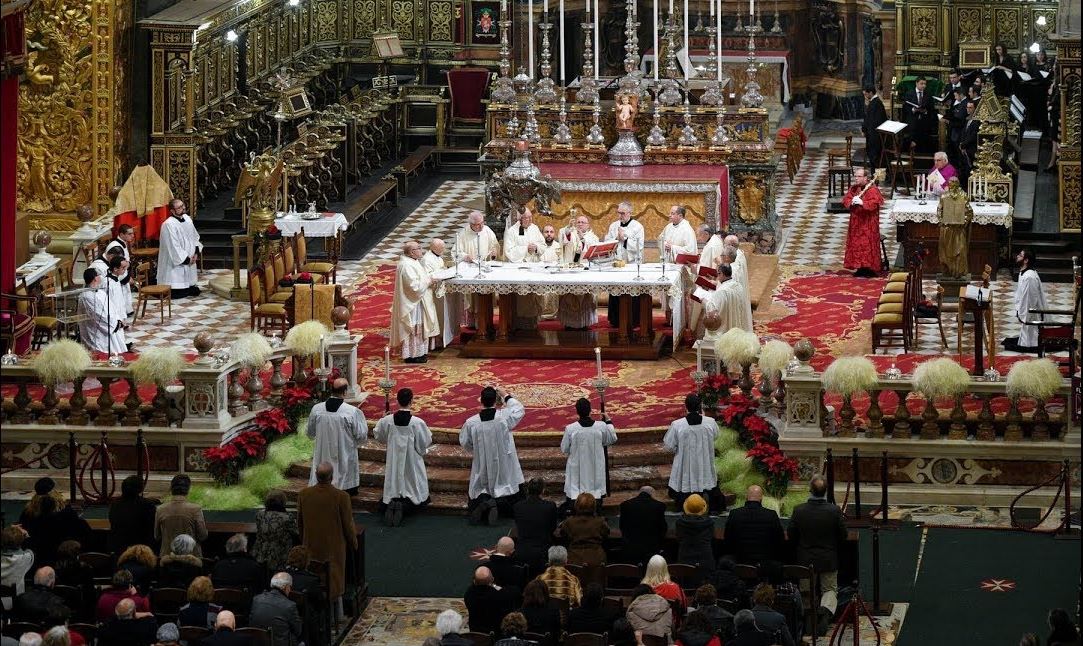 Archbishop Charles Scicluna appealed for politics to be an instrument of peace and reconciliation, echoing Pope Francis’ words. Mgr Scicluna also spoke of today’s AFM missions to rescue migrants lost in rough seas, as well as thanking young seminarians for their work and praying for more to be called towards religious vocation.

During a mass celebrating the end of 2018 in St John’s Co-Cathedral in Valletta earlier today, the Archbishop thanked the Lord for the past year. Today, on the day which Pope St Paul VI referred to as the Day of Peace, Mgr Scicluna spoke of the gifts of peace and mercy which Jesus confirmed when He was born man.

The Archbishop said that today is a day to meet to thank God for the past year, and pray for the New Year. Peace, said the Archbishop, is the gift within each of our hearts leading to reconciliation, forgiveness and love, stability, and social justice between the nations.

Echoing Pope Francis’ words, the Archbishop appealed for politics to be used as an instrument for peace. He prayed for politicians who provide a service as an expression of love, asking the congregation to pray for politicians to be a blessing to the people.

He also mentioned that in the last few hours, the AFM saved a number of people from rough seas, speaking of the Maltese Bishops statement of appreciation for their work. “When turning on Television, we see a lot of celebration,” said Mgr Scicluna, adding that we cannot, however, turn away from those who need our help.

Speaking about young seminarians, the Archbishop spoke of this year’s youth synod thanking the youths for their work. He also appealed to them to pray for their peers to also seek religious vocation.

The Archbishop concluded his homily by praying for our celebration to be real. “Celebrate, and let others celebrate as well.” He appealed to the public not to forget or ignore anyone reiterating that the blessings the Lord bestowed upon people are those of mercy and peace. “I augur that the New Year is like each and every one of us,” said the Archbishop, “one of mercy and peace.”

Photos: World welcomes 2020, but wildfires, protests, cast a pall over some celebrations