A protest against the arrival of migrants in Malta was held this evening n Valletta.

On Saturday the government decided to let in 425 migrants which were on board Captain Morgan vessels.

According to sources who spoke to this newsroom were hours of delicate negotiations, the government of Malta relented and permitted the migrants aboard the Captain Morgan’s Europa II to berth in Malta.

On Sunday, Prime Minister Robert Abela said that with the decision taken to disembark in Malta over 400 migrants which were on board Captain Morgan vessels, he had to choose between a populist decision or opting to save the lives of the Maltese crew on board the vessels.

The leader of the Labour Party stated this in an interview on Sunday morning on One TV.

Yesterday, Prime Minister Abela said that the migrants on board the Captain Morgan vessels started protesting and the situation on board became more difficult when the migrants used knives and threatened the crew they would explode the Europa II vessel.

Robert Abela said that the European Union acted irresponsibly towards Malta in view of the migration crisis. A situation that created anger amongst the Maltese towards the European institutions, said Abela. 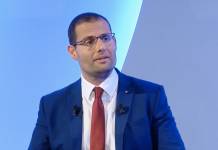