Leader of the Opposition Adrian Delia stated that the consideration for a 6-month extension on the MONEYVAL test is testament to the fact that the Government is being unclear, and that it is not seeking the Opposition’s help to ensure that Malta passes the test.

Delia was being interviewed during a fundraiser for the Nationalist Party (PN). He was reacting to the news that Malta may ask for a 6-month extension on the MONEYVAL test.

The MONEYVAL test, explained Delia, is one where financial experts analyse the situation in Malta to determine whether it is a safe place to conduct transactions and to invest money. The test determines the financial security of the country. Therefore, Malta has until October to implement the necessary anti-money laundering measures, or face becoming the first EU member to be greylisted by the Financial Action Task Force (FATF).

Delia went on to say that not only should this test not have had to exist, but the Government is already worried that Malta will not pass. This is despite the 3-month extension already granted due to the COVID-19 pandemic; the Council of Europe’s MONEYVAL assessment deadline was previously due in July.

He added that should Malta fail this test, the consequences are dire. Anything to do with the financial sector, such as banking, aviation, tourism, gaming and others, will be affected, and many jobs will be lost.

The Malta Chamber of Commerce has also warned about failing the test. Failure would mean that the country would be grey-listed. It warned that this would heavily impact the viability of the Maltese financial sector, trading, tourism and general services including correspondent banks. 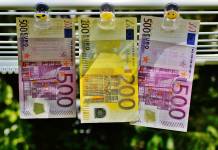 The Government is not focusing on regenerating the economy

Delia said that the Government is not focusing on regenerating Malta’s economy post COVID-19, given that the Labour Party (PL) is fighting the fires within its own party.

He stated that this is serious, since Malta already has limited resources being so small. The European Union is offering billions in funds to aid countries, but the Government’s resources are thinly spread out.

Delia went on to say that the internal elections and turmoil occurring with the party is distracting the Government from focusing its limited resources on ensuring that Malta recovers from the pandemic.

How is it that no one knows anything?

Delia then went on to speak about the scandals surrounding contracts such as the Vitals Global Healthcare (VGH) contract, the Electrogas contract, and the Montenegro contract. He questioned how it could be that the ex-Finance Minister, ex-Police Commissioner, ex-Prime Minister as well as current Prime Minister know nothing about anything.

He went on to describe the ex-PM Joseph Muscat as the “kingpin” of the corruption operations, saying that it’s impossible that he knew nothing given that people in his office were embroiled in the situations. He questioned how it could be that Economy Minister at the time, Chris Cardona, could not know about the biggest deals Malta was caught up in at the time. He also added how Robert Abela, then-counsel for Muscat, along with Police Commissioner Lawrence Cutajar were also unaware of everything going on.

Adrian Delia recounted his childhood memories related to the newspaper in-Nazzjon. He explained that there used to be a family discussion regarding whether his father ought to take the newspaper to work with him.

He went on to say that this is because those who did tended to suffer the consequences. However, he stated that he was always proud when going out to purchase the newspaper, and that it served as an emblem of all that he believed in.

Watch: “Nothing has changed with Abela as PM” – Grech