The daily coronavirus bulletin will not include the number of asylum seekers rescued at sea who are found to be positive to coronavirus, Partit Laburista leader Robert Abela said on Sunday during an interview on the party’s media, ONE.

Abela was being interviewed by three journalists – Glen Falzon from state TV, Keane Cutajar from PN’s media wing, and Albert Galea from the Malta Independent.

During the interview, Abela revealed that Malta has asked the European Centre for Disease Prevention and Control (ECDC) to omit the number of asylum seekers who are found positive to coronavirus from the daily tally. He said that the argument put forward by the country was initially turned down however, it was eventually accepted later. This means that the daily figures would not include migrants positive to coronavirus brought to shore.

Prime Minister Robert Abela told the journalists invited on ONE that Malta is at a moment in time when it should show that ‘we are truly prioritizing health’. He then proceeded to decry the ‘panic’ stirred on social media and said that this should be countered with ‘facts’. 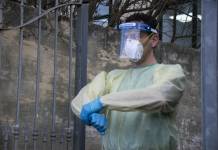 Abela said that Malta has the lowest number of infections and lowest death toll when looking at statistics. He compared the rates registered in Malta to those registered in Luxembourg, a continental country with a similar population. He stressed that the higher rate of testing finds positive cases. Abela invited journalists to ask the Superintendent of Public Health Professor Charmaine Gauci to provide statistics of how many people died due to seasonal flu last season and compare it to the number of lives claimed by coronavirus.

The Labour leader accused critics of wanting a coronavirus related death to be able to blame the government. “A medical issue has been turned into a political issue,” he claimed.

Abela defended Tourism Minister from calls for her resignation, saying that she followed the law. Tourism Minister Julia Farrugia Portelli came under fire after a number of countries across Europe imposed restrictions on travellers arriving from Malta. The minister has yet to comment on the action taken against the country.

Abela said that Farrugia Portelli and the government had been acting in line with the directives of the health authorities. He claimed that the country could not close attractions which drew tourists.

Abela thanked Cabinet members when asked about the tourism strategy, saying that he would give them all ‘top marks’ for their performance in what he described as the ‘hardest’ seven months the country has faced due to the global pandemic. 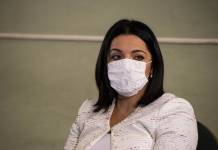 Abela warned that if social distancing is not observed, this could be backed by legislative measures. He stressed that discipline is the key to address the current surge.

He maintained that the country needs to bring the number of active cases down however, he was contrary to the measures adopted by New Zealand in its response to coronavirus.

Shortly after celebrating an important milestone – 100 days free of the virus, New Zealand, the country started registering new coroanvirus cases, prompting the authorities to impose a lockdown on Auckland after a person and three family members fell ill on 31 July.

Abela described the measures adopted by New Zealand as draconian and said that a balance between health and livelihoods should be sought.

Asked about the government’s plan for cruise ships, Abela said that ‘very strict’ protocols would be introduced, including also testing for arrivals at the airport. He reiterated that Malta could not close off attractions to tourists.