We have emerged quickly from a public health emergency, Partit Laburista leader Robert Abela said referring to the coronavirus outbreak in Malta, on the party’s media during the weekly interview. 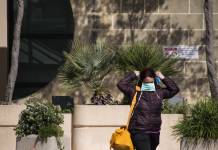 Speaking during the interview, Abela said that the approach adopted by the government was one with a positive attitude but which was also objective, “relying heavily evidence-based policy”. He remarked that the country faced a major challenge during the outbreak which many have not seen in their lifetime.

Abela stressed that one has to be objective. He maintained that as the country emerged from the pandemic, it was now in a different phase – on its path to normality. Many were relieved on Friday morning when restaurants and bars reopened their doors to customers, he remarked.

He argued that while one may view health and economy as separate, the two are interlinked. He maintained that one could not have a strong economy without a strong healthcare system. Malta prepared ahead of the outbreak and this resulted in the early lifting of restrictive measures, he said.

Abela noted that the public was adapting itself to the new protocols aimed at safeguarding public health but at the same time allowing the economy to slowly take off following the partial lockdown.

Prime Minister Abela announced that in the next of measures includes the reopening of childcare centres and SkolaSajf during the interview on the party’s station. Speaking about the wage supplement given to workers, Abela maintained that this would not be given perpetually and that those affected would realise how important it is to go out and work. He also noted that several parents had to stay home and look after their children. The reopening of childcare centres would see parents returning to the workforce he remarked.

Abela said that through the government’s financial measures launched during the pandemic, some 100,000 jobs were retained. He announced that more incentives will be launched over the coming days. Abela claimed that the country did not have a liquidity problem, as he urged the public to spend money.

On migration, Abela said that the government always took a “measured strong” stand on the issue which might result in catalyzing the solution. He explained that the current policy is that all ports are closed to landings these include cruise liners. He added that a European solution was needed to migration, stressing that human smugglers need to be stopped. According to the Labour leader relocating migrants to other member states was not a solution, ‘one needs to go to the roots – the solution is found in Libya. By improving the conditions in Libya, one would not need to cross’.

Abela claimed that the country’s reception system was overwhelmed. In veiled criticism towards human rights non-governmental organisations, Abela said he received various letters which condemned Malta’s approach to asylum seekers, asking what were they doing to “provide a solution to the problem”. He concluded that Malta could remain a “free-for-all” country and have its ports wide open.

In a short statement, Partit Nazzjonalista reminded the government that the country will face an important test referring to Moneyval. The Opposition accused Abela of not divulging any information on the subject despite the looming deadline.