There are concerns that a no Brexit deal is getting closer than ever and no one would benefit from such a scenario, said the Director-General of the Customs Department, Joe Chetcuti as he was interviewed by Jesmond Saliba on 103 Malta’s Heart.

Chetcuti said they are prepared for every evantuality and in the case of a no Brexit deal, the United Kingdom will be considered as one of the countries which has no special agreement with the European Union and the regualtions on taxes and tariffs applied to other countries will then apply to the UK.

In case of a no-deal Brexit, all imports from and exports to the UK will have to be covered by Customs formalities. Consignments will need to be covered by a Customs declarations, and all associated duties and other taxes have to be paid before the goods are released for free circulation within the EU.

The Director General of the Customs Department said on 103 Malta’s heart, that the department’s electronic system is equipped for a possible increase in demand due to a no Brexit deal.

Joe Chetcuti mentioned another concern which is related to the number of flights to and from the UK. He explained how logistically there will be a better passenger flow. At the airport, inbound passengers from the UK can no longer make use of the blue EU channel; they will instead have to choose between the green channel and the red channel: the latter should they have any goods to declare.

In terms of imports and exports, individuals or companies who used to trade with third countries already know the procedure on trade if no deal is reached. 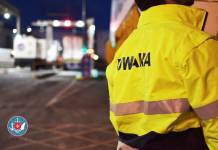