The R number of the Covid-19 pandemic in Malta – which measures the rate of transmission – has kept growing in recent days, hovering around 1.5-1.6 at present, according to statistician Vincent Marmara.

Put simply, the R number is the average number of people that one infected person is expected to transmit the virus two. A value of 1 would mean that the situation is stable, while lower values would be a sign that the pandemic is petering out. But higher numbers can prove dangerous, as they translate into an exponential growth which could potentially overwhelm any health infrastructure if left unchecked.

He emphasised that an R number of 1.5-1.6 was significantly above the equilibrium of 1, and that when this is the case, the preventive measures announced by the authorities – and the precautions followed by the general public – become even more crucial.

Earlier this month, Marmara had divided the pandemic in Malta into three main phases, with the first marked by sporadic cases spreading in the community. The second followed the initial loosening of restrictions, but as this was kept under control, the R number did not increase. 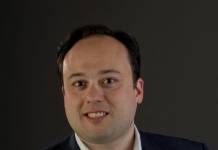 The third phase differs from the first since its origin lies in a number of large clusters. Theoretically, such a situation could be more easily kept under control,  but this did not happen, and the R number kept rising.

While Marmarà argued that Malta was still in the third phase in the pandemic, it was clear that the situation had nevertheless evolved, with clusters accounting for a shrinking share of new cases and the number of sporadic cases in the community spreading.