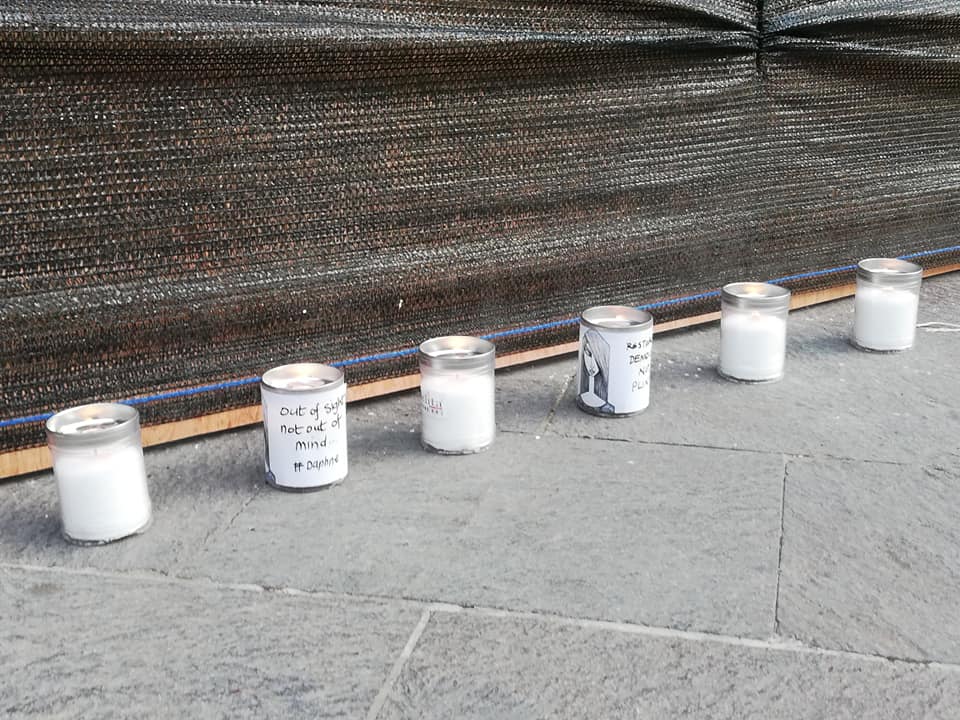 Candles have been placed in Valletta by Occupy Justice Malta who have not been deterred by the police barriers which were placed earlier this week around the Great Siege Memorial, turned Daphne Caruana Galizia tribute.

In a Facebook post showing the candles in place, Occupy Justice said, “You can build your barricades but you will never shut out the light.” This was a direct message to the current administration, evidenced by the following, “Resist the Great Siege of #JosephMuscat”.

You can build your barricades but you will never ever shut out the light.The Memorial tonight opposite the 'Law'…

Another activist group Reżistenza placed three other banners earlier this week in Bidnija, Sliema, and Valletta. In their statement accompanying the placing of the banners, the group questioned the investigation currently underway pointing out that no politician has been questioned of investigated yet over the murder of journalist Daphne Caruana Galizia.

Reuters   April 7, 2020
With deaths in nursing homes making up almost half of Canada’s coronavirus deaths, provinces are taking control of their workforces, boosting care workers' wages and redeploying health inspectors from hospitals to curb the virus’ spread among seniors.

Photos: Largest supermoon of 2020 rises on a world battling COVID-19

Reuters   April 7, 2020
The largest, brightest supermoon of 2020 rose in the night sky on Tuesday over hushed cities, stilled factories and countries in lockdown due to the novel coronavirus that has killed tens of thousands worldwide.