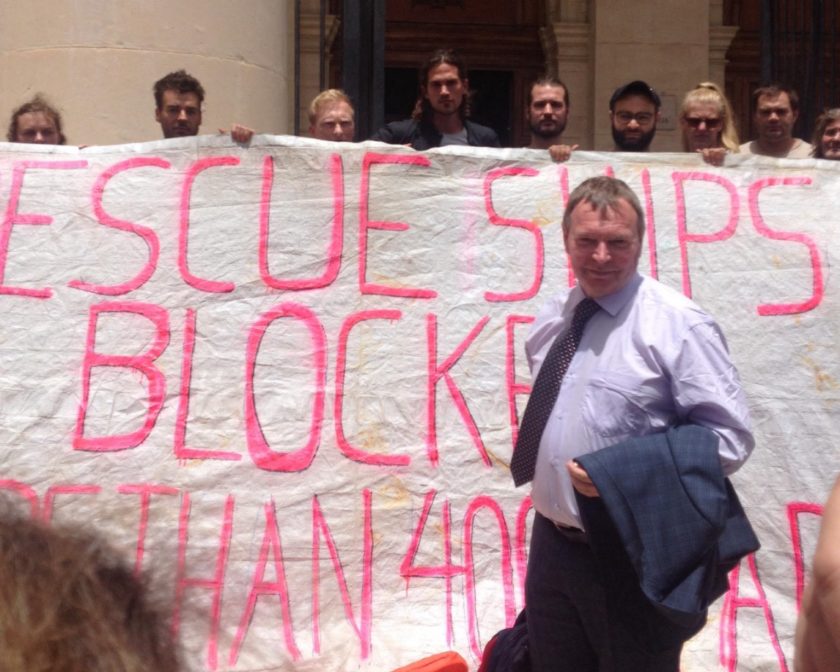 The German NGO Mission Lifeline has urged EU interior ministers to show their solidarity with refugees fleeing persecution ahead of the EU Council meeting scheduled for tomorrow.

In a statement on Monday, the chairman of the Dresden search and rescue organisation, Axel Steier said that the responsibility should not only fall on frontline countries such as Malta, Italy and Greece, but the refugees should be distributed among Member States.

Home Affairs ministers will meet on Tuesday where they will discuss an agreement recently reached during the mini-summit in Malta.

Steier said that the Dublin Agreement no longer corresponds to the reality on the ground, and urged for its revision. He added that according to the Malta Declaration, France and Germany in principle, would be willing to accept a quarter of Mediterranean refugees rescued from distress at sea.

The Dublin Regulation is a European Union law that determines which EU Member State is responsible for the examination of an application for asylum, submitted by persons seeking international protection.

A call to set up safe passages for people fleeing persecution across the Mediterranean with regulated asylum procedures and fair distribution among EU states was made by the organisation.

Mission Lifeline added that it has been shown that Libya is a failed state and therefore it is not a safe place to receive the rescued asylum seekers. The NGO called for a halt in the cooperation between the Libyan coastguard and the EU authorities.