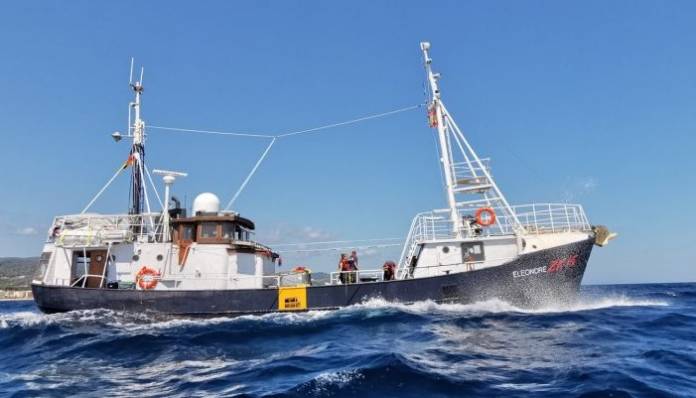 A supply boat is believed to have reached the vessel Eleonore. The vessel is being supplied with water, couscous, apples, disinfectant and other basic necessities.  A tweet also said that the children of the supply boat’s captain even put some toys in the supply bags for children on board Eleonore.

A supply boat has now reached the #Eleonore. The vessel is being supplied with water, couscous, apples, disinfectant and more. The kids of the captain from the commercial supply boat even put some toys in the supply bags for children on board Eleonore. pic.twitter.com/yAZcPYhMKS

Lifeline appeals to Malta and EU for disembarkation of 101 rescuees

The German rescue NGO Mission Lifeline, is appealing to the Maltese and European authorities for support to disembark 101 rescued asylum seekers on board their vessel Eleanore.

In two letters; one addressed to the Armed Forces of Malta (and Prime Minister Joseph Muscat and Interior Minister Michael Farrugia) and the other to the European Commissioner for Migration, Home Affairs and Citizenship, Mr Avramopoulos, Lifeline says that following yesterday’s rescue, they would hope for a ‘swift and humane solution for the 101 people onboard.’

The NGO explains that in light of previous confrontations between national authorities and organisations hoping to disembark migrants at ports of safety, ‘we are not in a position to manage a prolonged stand-off and, in order not to unduly strain your reception system, we ask for urgent diplomatic support to pressure for a fair solution based on EU solidarity and responsibility-sharing.’

Their direct call to the Maltese authorities comes as AFM disembarked 162 asylum seekers at two separate rescues at Haywharf yesterday afternoon and evening.

Updated: Second group of asylum seekers to be disembarked at Haywharf

On Sunday, 31 nautical miles off of the Libyan coast, Mission Lifeline had rescued 101 people from a deflating rubber dinghy. The charity explained that the Libyan Coast Guard had arrived threatening both the crew of the rescue vessel and the migrants being transferred to it.

To both groups, Lifeline says that they, ‘are aware of your reception constraints, but our overwhelming priority lies with the wellbeing of the 101 vulnerable people onboard and we will consider every course of action necessary to protect them. We respectfully ask that you work with us to facilitate a swift, effective and humanitarian outcome.’

Both letters can be accessed here:

A spokesperson for the European Commission (EC) told Newsbook.com.mt that the Commission has initiated contacts with Member States to support and coordinate amongst those Member States who are willing to take part in solidarity efforts concerning the migrants on board the Eleonore vessel.

It added that these contacts are now on-going.

The EC is calling on all parties, NGOs included, to cooperate. It referred to the departure from Malta yesterday of a group of migrants who will be relocated to Germany and would once again recall the importance that Member States honour their relocation commitments swiftly, in particular from Malta which is currently hosting a large number of migrants who have recently been disembarked there.

The Commission stated that “once again commend the cooperation and support of those Member States who have over the past weeks contributed to finding solutions for persons rescued at sea and agreed to relocate migrants.”

Updated: 356 asylum seekers on board Ocean Viking to be brought to Malta