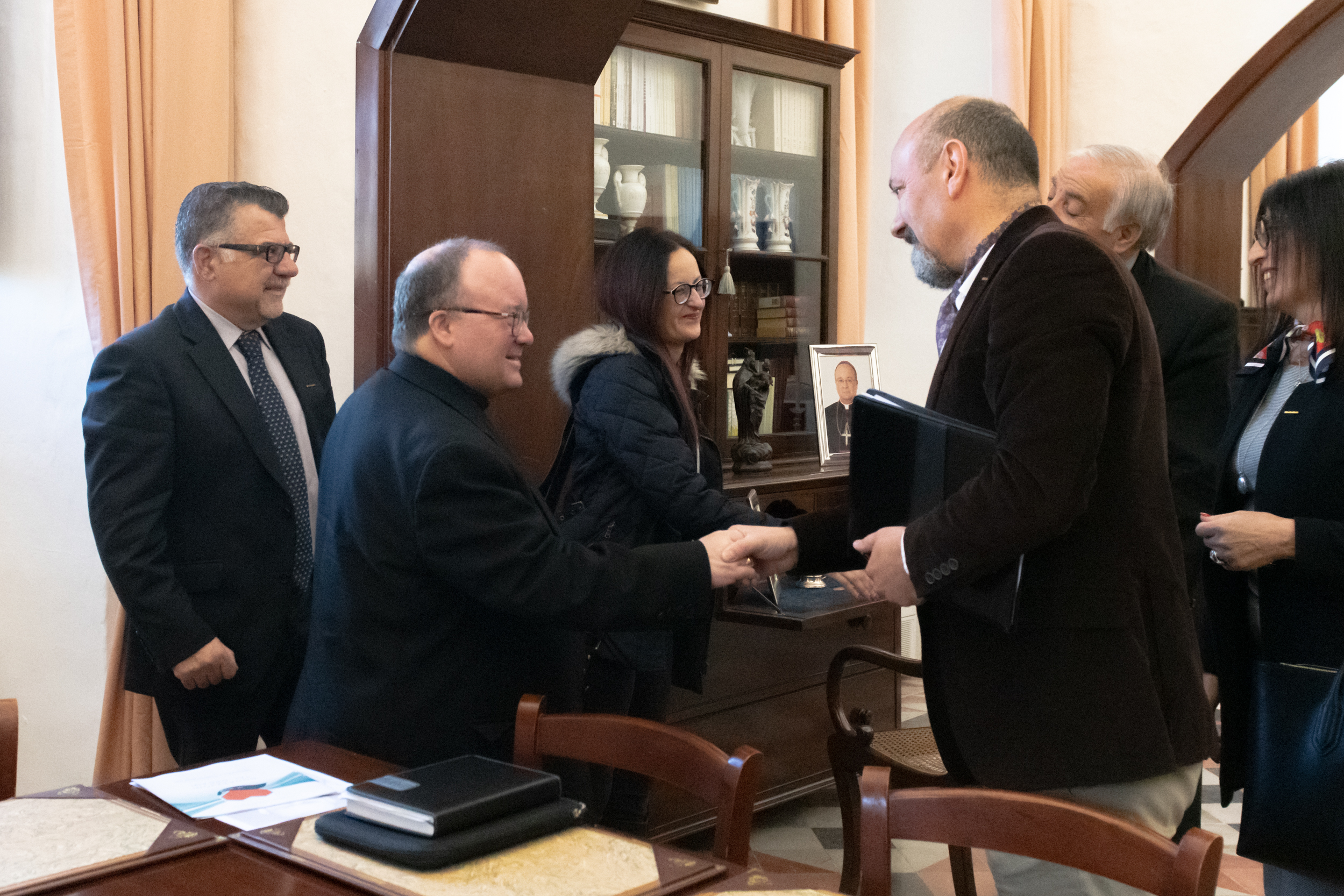 The Life after Drew campaign was created about 2 years ago when the Abela family lost their beloved son and brother, Drew. Kenneth and Sharon, Drew’s parents immediately volunteered to donate his organs and Drew helped save and improve the life of 7 people who were the recipients of his organs.

After this momentous happening in their life, Kenneth and Sharon together with Kenneth’s sister, Claire, decided to transform their tragedy into something positive to help others who are waiting for a donor, and also to honour their beloved son, and nephew, Drew. And the Life after Drew campaign was brought to life. The Abela family combined forces with the Transplant Support Group (Malta) that has been active in Malta for over 20 years, and an awareness campaign was launched.

His Grace, Monsignor Charles Jude Scicluna, Archbishop of Malta, and Monsignor Charles Cordina, Episcopal Vicar for Diaconia, welcomed the Transplant Support Group (Malta) team at the Curia where the scope of the Life after Drew campaign was discussed. Archbishop Scicluna showed his complete and whole-hearted support for the initiative and also expressed his admiration for the altruism of organ donation, the donors and their families. He also promised to explore ways in which organ donation can be encouraged through the Church.

The Life after Drew campaign  as part of Transplant Support Group is inviting members of the public to join this initiative and make a statement of love: sign up as an organ donor – it doesn’t cost you anything but you could save more than one life – are you ready to be a #hero? Sign up on organdonation.gov.mt