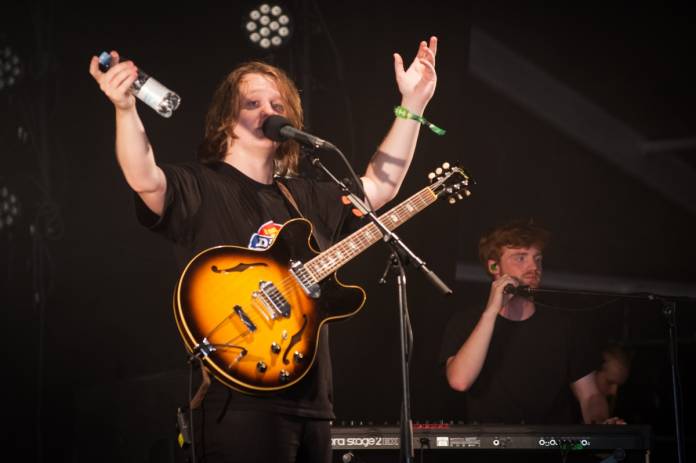 The annual event, which celebrated its 40th anniversary this year, was presented by actor/comedian Jack Whitehall, who spent most of the evening chatting to high-profile audience members such as Lizzo and Harry Styles. He also paid tribute to former Love Island host Caroline Flack (who dated Styles for a brief period), who was found dead at her flat on Saturday.

Reference to politics was rife at this year’s ceremony. Dave – who won the Album of the Year award for Psychodrama – added a verse to his song Black, calling Prime Minister Boris Johnson a “real racist”.

Foals used their speech to call for more female nominees. After thanking their label, management, team and fans, frontman Yannis Philippakis added, “Hopefully next year we’ll see some more women in this category.”

After winning Song of the Year for Someone You Loved, Capaldi set the story straight as far as the inspiration for ‘Someone You Loved’ is concerned by saying it wasn’t about his ex Paige Turley (currently on TV reality show ‘Love Island’) but about his grandmother who died two years ago: “I hope Love Island don’t contact her to be on the show – thanks to my grandma for… dying? I’m sorry!”

As for the performances, Mabel kicked the evening off with a rendition of her hit song Don’t Call Me Up. Other performers included Harry Styles, Stomzy and Lizzo. Billie Eilish performed the new Bond theme No Time to Die live for the first time ever, accompanied by her brother Finneas, The Smiths’ Johnny Marr and composer Hans Zimmer.