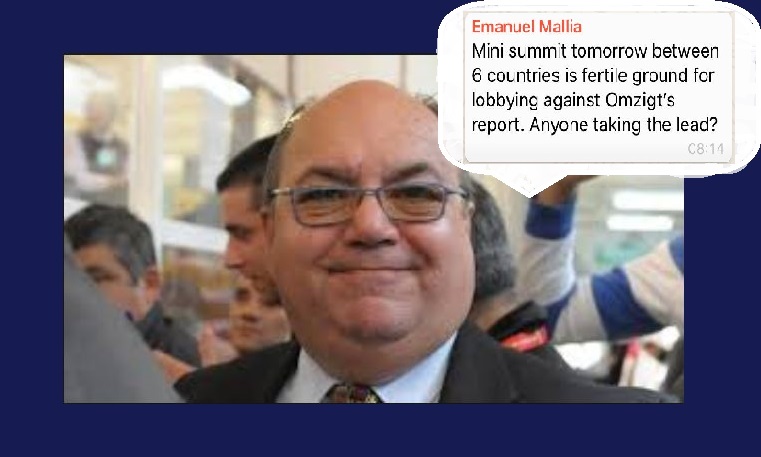 Labour MP and former Labour Minister Manwel Mallia Thursday morning appealed to fellow MPs to use the Summit of the Southern EU Countries to lobby against the Omzigt’s report. The summit will be held in Malta tomorrow Friday.

Mallia made the appeal in a message posted Thursday morning on a  WhatsApp group for the members of the Malta delegation to the Council of Europe. Besides Mallia, the members of the group are tvhe Labour MPs Stefan Zrinzo Azzopardi, Etienne Grech and Rosianne Cutajar together with the PN MPs Carm Mifsud Bonnici and Jason Azzopardi. Another member is the Clerk of the Delegation from Malta. 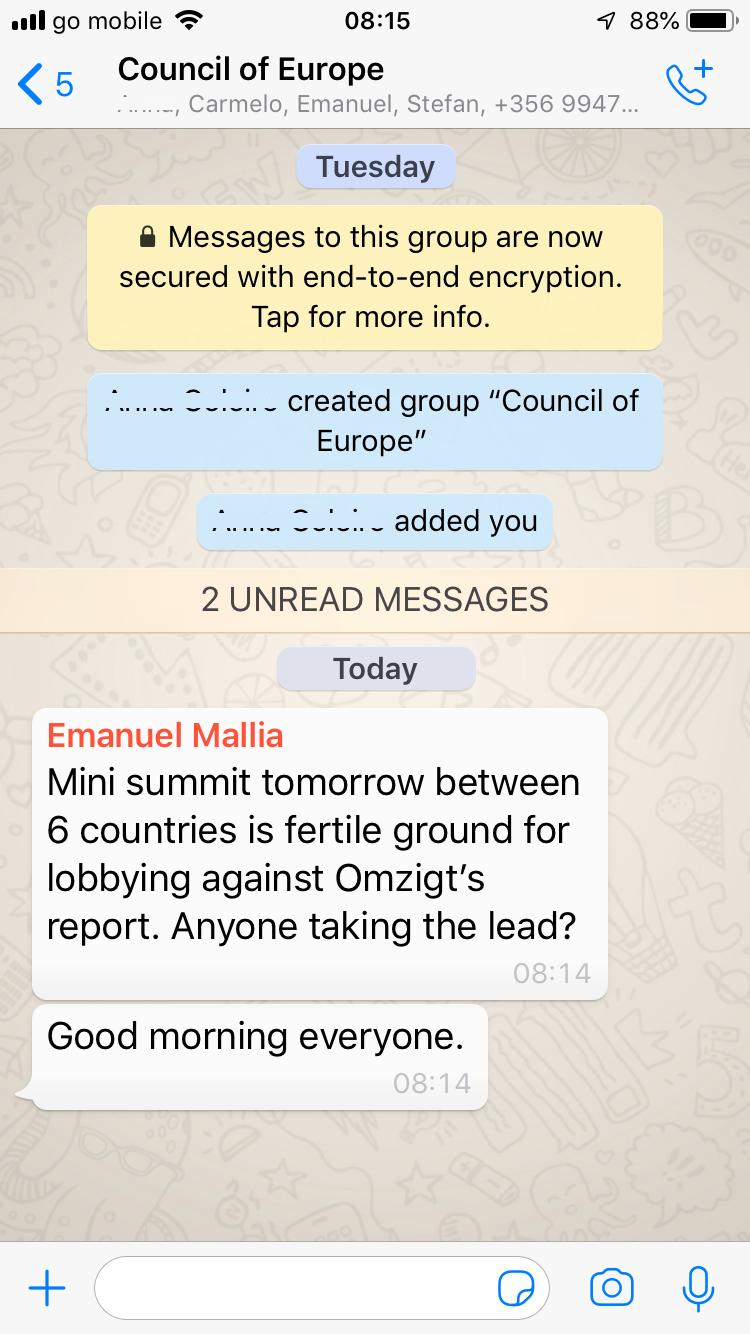 Dutch MP Pieter Omtzigt had been appointed as rapporteur by the Council of Europe to report to the Council in the wake of the assassination of Daphne Caruana Galizia and the investigation that followed.

The report is titled “Daphne Caruana Galizia’s assassination and the rule of law, in Malta and beyond: ensuring that the whole truth emerges”. The report was adopted on Wednesday 29 May by the Parliamentary Assembly of the Council of Europe Legal Affairs Committee during a meeting in Paris. The report will be debated by the Plenary Assembly in Strasbourg on Wednesday 26 June.

Labour MP Manwel Mallia represented the Government during the Paris meeting and presented many amendments to the text in order to water the tone down. The amendments of Mallia were not approved.

What does the report say?

The draft report concludes that the rule of law in Malta is seriously undermined by ‘the extreme weaknesses of its system of checks and balances’. It states that the police have consistently failed to investigate persons such as Tourism Minister Konrad Mizzi and the Prime Minister’s Chief of Staff Keith Schembri, both of which were frequent subjects of Caruana Galizia’s investigations. Noting that such individuals (Schembri, Mizzi and also Brian Tonna of Nexia BT) ‘seem to enjoy impunity’ under the Prime Minister’s ‘personal protection’.

Read: ‘If Malta cannot or will not correct its weaknesses, European institutions must intervene’ – CoE

In its conclusion, the Assembly warns that Malta’s weaknesses in its checks and balances, poses vulnerability not only to the country itself but also to the European bloc, reminding that Maltese citizenship is also European citizenship and banks licensed in Malta are given access to the European banking system.

The Malta government criticized the report saying that it was riddled with inaccuracies.

‘Unprecedented that the CoE looks into an EU member state’ – Omtzigt