In light of the current public consultation on the draft Legal Notice on the keeping of wild animals in zoos, Moviment Graffitti has submitted its comments and reiterated its position against these zoos, whether they are regulated or not.

Zoos are inherently an act of cruelty against these wild animals, held captive in enclosures, which no matter how well-furnished, will never provide sufficient space for these large animals, and which fail absurdly at mimicking these animals’ natural environment, leading to depressed, anxious animals, said Moviment Graffiti in a statement. It also mentioned how depressed animals also result in dangerous animals, who are more likely to attack handlers and visitors which ends in a lose-lose situation for all.

The legal notice says “to strengthen the role of zoos in the conservationn of biodiversity, protect the health and wellbeing of wild animals and to protect the public from these animals.” Moviment Graffitti said it does not see how these zoos helps to conserve biodiversity; they instead send a message to the public and any children visiting that is it normal to keep wild animals locked in a cage, in unnatural conditions, and at the mercy of visitors and their handlers.

“Zoos do not protect the health and well-being of animals; holding animals in captivity for people’s entertainment is purely exploitative and is only in the interest of those who are making a profit off of these animals,” said the NGO which also highlighted how xoos also contribute to the further eradication of ODZ in Malta, as these enclosures are often developed on ODZ land.

Moviment Graffitti condemned the opening of any new zoos and at the same time said that any zoos that do exist must be regulated to the highest standards. For this reason the NGO submitted a number of comments to the draft Legal Notice in order to help safeguard these animals’ existence, as well as for the safety and well-being of the people who visit them.

Finally, the NGO urged the public to also submit their feedback to this draft Legal Notice in order to make their voices heard on this issue, and to offer a voice for the animals. 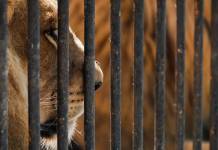