Legal action was taken against 25 outlets which were found in breach of coronavirus protocols between the months of June and October, the Tourism Ministry said on Monday afternoon.

The Malta Tourism Authority carried out 300 inspections in various localities over the weekend to ensure that the latest coronavirus rules were being followed by catering outlets. During the inspections two catering outlets were found in breach of the regulations and legal action will be initiated against them.

The enforcement directorate within the MTA has been at the forefront of inspections and enforcement since the health authorities have taken the necessary mitigation measures in a bid to curb the spread of the coronavirus and bring the situation under control.

Catering outlets were forced to close down between March and May, as only deliveries or take-away were only allowed subject to a number of restrictions. During that same period the authorities carried out more than 40,000 inspections to ensure that the regulations were being followed. Ten outlets had fallen foul of the subsidiary legislation in force at the time and legal action was subsequently taken.

Between June and October, catering outlets and other touristic operations were allowed to reopen their doors and welcome patrons subject to various conditions and protocols. The MTA carried out around 5,000 audits and inspections in various outlets ensuring that they were equipped and in line with the new regulations. During that same period, the authority took legal action 25 times against outlets found in breach of the law.

On Sunday, a photo circulated on social media showing people outside a catering outlet in Kalkara not practicing social distancing and not making use of face masks. 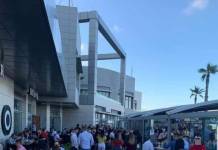 This has caused uproar on social media and has elicited a reaction by UĦM which when contacted by Newsbook.com.mt urged the authorities to enforce the measures and regulations in place. In its comment to this newsroom the union also appealed to the public to refrain from attending crowded places to minimise the risk of virus spread.

On Monday, registered a new single-day record, after a total of 218 new coronavirus cases were detected over a period of 24 hours. 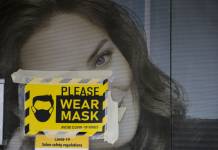