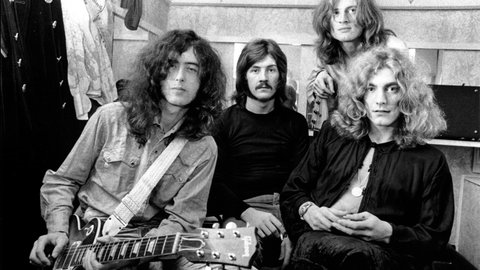 Three little words on the website of Led Zepplin’s former lead Robert Plante have hurled fans into a whirlwind of ecstatic speculation over the possible reunion of this legendary rock band. Billboard Magazine reports rumours that the rockers might reunite ahead of the band’s 50th anniversary next year, thanks in part to a cryptic message on singer Robert Plant’s website that says simply: “Any time now…”

Billboard reports however that the promise on Plant’s website, meanwhile, is more likely a tease to a forthcoming album than to an upcoming performance.

Led Zeppelin last reunited in 2007, playing a tribute show to the late Atlantic Records co-founder Ahmet Ertegun at London’s O2 Arena in London. Jason Bonham, the son of the late Led Zeppelin percussionist John Bonham, filled in for his father on the drums.