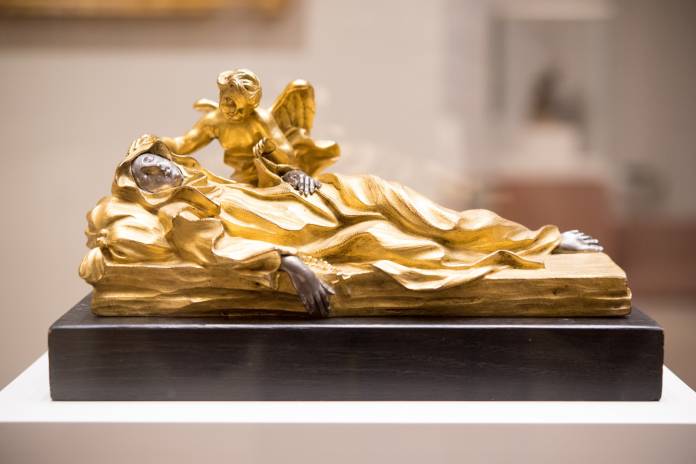 A public lecture by Professor Keith Sciberras on Melchiorre Cafà’s statuette, ‘St Rose of Lima’, will be held on Wednesday 12th February at 6.30 pm at MUŻA in Valletta. Attendance is free of charge.

The lecture will discuss the statue within the context of Cafà’s work, and the wider framework of the Roman Baroque style. The event is a joint collaboration between Heritage Malta and the Department of Art and Art History within the University of Malta.

St Rose of Lima, who lived between 1586 and 1617, became the first female saint of the new world in April 1668. For this occasion, Cafà’s marble statue of the Dominican saint was displayed prominently on the Cathedra of St Peter, in the titular apse of the Vatican, directly in front of Bernini’s iconic ensemble within the same Basilica.

Melchiorre Cafà was meant to be the artistic protagonist, but his untimely death seven months prior to the beatification tragically precluded his presence from the well-choreographed ephemeral spectacle commissioned by the powerful Dominican Order.

The real protagonist, however, was his white marble statue.

Following the Beatification, the statue travelled across the Atlantic Ocean and beyond, to finally mark the saint’s tomb in Lima, Peru, making Cafà’s work the first monumental statue of the Roman Baroque to travel so far from the Papal City. Melchiorre Cafà also produced a number of smaller bronze versions of the statue, the most beautiful of which, made of gilt bronze and silver, has been acquired by Heritage Malta.

For more information, you may visit www.heritagemalta.org.

This information was supplied by Heritage Malta

Decision to fail all students over cheating under review