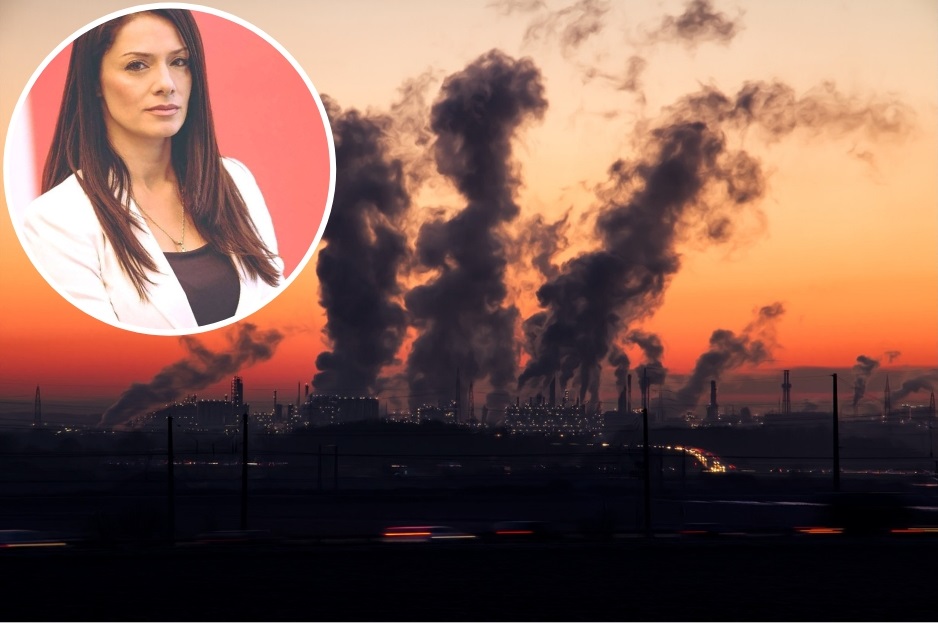 In their ‘Trends and projections in Europe 2018’, the European Environment Agency report tracked the progress of EU Member States towards Europe’s climate and energy targets. While only 8 member states have hit the targets, Malta is at -46.5% in terms of Greenhouse Gas Emissions. This is a full 15.3% away from Ireland who is in third place from the last, and only 0.9% less than Cyprus at the bottom.

Newsbook.com.mt contacted Dr Dalli in light of her work in the environmental sphere to get her reaction to these results. After pointing out that these results reflect the “lack of action along the last decades”, the MEP explained that “these are not targets that can be met overnight but require a strategy that spans over years in area such as transport, waste, buildings and agriculture.”

When it comes to Malta actually finally reaching environmental targets, Dr Dalli reiterated that “Long-term plans will make the difference.” The MEP assured this newsroom that “The plans that we are discussing now and that will eventually be laid out can give us results in the years to come.”

On the Effort Sharing Regulation

The MEP explained that she was one of the European Parliament’s negotiators for the Climate Action Regulation, “which will take over from the Effort Sharing Regulation and will cover the period 2021 and 2030.” She went on to elaborate on this regulation and the transition needed:

“For every Member State including Malta to continue reducing emissions we require a complete transition and transformation from the current situation including cleaner transport. Transport is the only sector that increased its emissions over time and the CO2 regulation I am leading will contribute greatly to Member States reaching their targets.

“The waste to energy project and also a proper implementation of the Circular economy together with Energy Efficiency and Energy performance for building will all contribute to such reductions.” Dr Dalli also pointed out that “emissions from the power station fall under a different regulation (the ETS) and not under the Effort Sharing Regulation.”

Putting Malta’s name at the forefront

After the MEP was named ‘The Eco-Warrior’ as part of the Politico 28, Dr Dalli repeatedly said that she wants to see Malta at the forefront. Newsbook.com.mt asked how a country routinely at the bottom of environmental statistics can be at the forefront?

“Malta has the potential to be at the forefront and I always work hard to put Malta’s name at the forefront. Targets should and can be met through a long-term strategy. For many years we were used to hearing nice statements about the environment but then action was completely lacking.

“Policy makers were running a power station on heavy fuel oil and they did very little to move our country from landfills to alternative modes of managing waste for example. Today our power station is running on LNG and the country is moving towards waste-to-energy and stronger recycling. These are all important sectors that contribute to our environment and climate change.”

Dr Dalli has repeatedly shown her support for Liquified Natural Gas as a form of alternative energy, including during a intervention in a European Parliament plenary session. The MEP had said that LNG is the ideal alternative for the EU to reach it’s energy and climate change targets. She had explained that it would lead to a drastic decrease in CO2 which is observable when considering the industry’s apparent move towards using LNG to power cars and sea vessels.

“When things are communicated well, people do care”

The European Parliament, in grueling negotiations led by Dr Dalli, has secured a provisional agreement which holds the car industry to account when it comes to reducing emissions by 37.5% in new cars by 2030. After fierce competition throughout five trilogues and over 25 hours of negotiation, the MEP’s strongly held position secured a higher target than the 30% initially proposed by the European Commission.

The MEP explained that the regulation was “highly technical and usually legislations like this are not largely followed by the general public and citizens in the EU states. This was not the case with the legislation I am working on as citizens, workers, consumers, environmentalists and the industry alike were highly mobilised.

“People are interested and do understand that car manufacturers cannot continue manipulating the system. I was asked [by Politico] how come citizens were interested this time round and I insisted that ‘when things are communicated well, people do care.’”