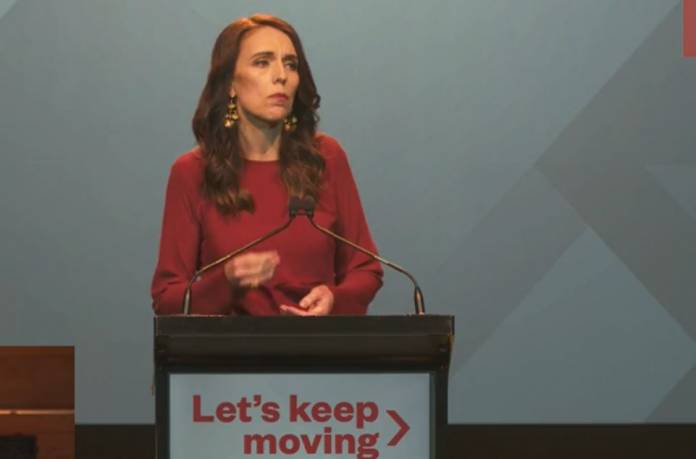 The New Zealand Labour Party headed by Jacinda Ardern, is projected to win 64 seats in a 120-seat parliament, securing a second term for the prime minister in a landslide victory. This is three seats more than the party requires to form government alone. This is the first outright majority for a party in New Zealand since 1996. With 87% of the votes counted, the Labour Party has won 48.9% of the vote.

Taking the stage on Saturday night, Ardern was seen smiling and tearful. After a moment of silence she began her speech in Māori.

Prime Minister Ardern who skillfully handled the coronavirus pandemic, told Labour supporters that New Zealand has shown the party its biggest support in 50 years. She thanked the people of New Zealand.

The general election became a referendum on Ardern’s leadership of her country, as voters rewarded her for the handling of the pandemic. It was delayed by a month after new coronavirus infections in Auckland, that led to a second lockdown in the country’s largest city.

The prime minister dealt with the pandemic with a “go hard, go early” approach and which has eliminated the spread of coronavirus in the country.

The pandemic has claimed 25 lives in New Zealand.

Ardern remarked that the election did not come in an ordinary time and that the result obtained by Labour is strong, adding that it is clear that Labour will lead the government for the next three years. She added that elections do not have to be divisive.

Prime Minister Ardern had won global acclaim for her handling of Christchurch mass shooting by a white supremacist. She had used an inclusive slogan “be strong, be kind” and had moved to ban guns.

Many ‘march for love’ in New Zealand as mosques reopen