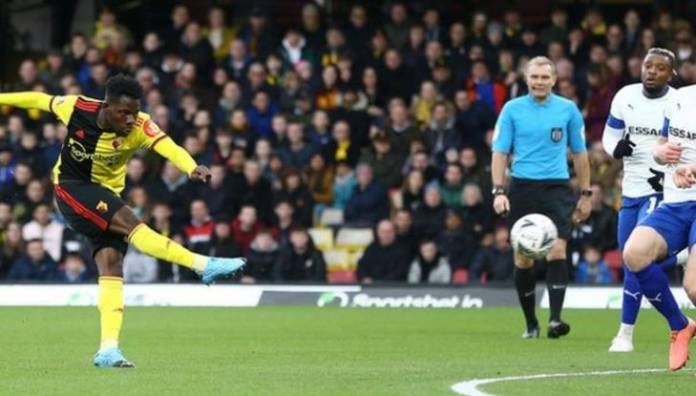 La Liga resumed in Spain after the short Christmas break with the leading pack in action on Saturday. Real Madrid beat seventh-placed Getafe three-nil away from home. An own goal by Getafe goalkeeper David Soria in the thirty-fourth minute gave Real the lead. In the second half, two goals from Varane and Modric moved Real Madrid briefly back on the top of La Liga. Barcelona went back on top later in the evening when they drew 2 -2 with bottom club Espanyol. The Hosts took a surprise lead in the first half through a David Lopez header. Barcelona responded well at the beginning of the second half when two goals from Suarez and Vidal put them in control of the game. Dutch midfielder De Jong got his second yellow card in the 75th minute which meant that Barcelona had to play the last fifteen minutes with 10 men. It was the substitute Wu Lei who rescued a point for Getafe with two minutes to go, slotting home from a Matias Vargas’ pass. Wu Lei became the first Chinese player to score against Barcelona. Third-placed Atletico Madrid held on to a 2 – 1 victory over Levente thanks, to some heroics from their goalkeeper Jan Oblak late in the game. The three goals scored at the Estadio Wanda Metropolitano all came in a frantic four-minute period at the beginning of the first half. Angel Correa opened the score on thirteen minutes, Roger Marti equalized for Levente three minutes later only for Felipe to restore the lead one minute later for Atletico. Diego Simeone’s men had multiple chances to close the game but poor finishing meant that they had to rely on their goalkeeper who pulled off a number of saves to deny the visitors.

Inter and Juventus, who played 17 games and have 42 points, both play today in the traditional La Befana holiday in Italy. Third-placed Lazio earned a dramatic victory away against 10 men Brescia on Sunday. Mario Balotelli volleyed home for the hosts in the 18th minute, his first hometown goal since joining them this season. Lazio levelled in the forty-second minute when Immobile converted from the penalty spot. Brescia were reduced to 10 men as Andrea Cistana was sent off for a second bookable offence in the penalty incident. Brescia held on until deep into stoppage time Ciro Immobile scored his second in the game to give Lazio their ninth straight Serie A win. Immobile leads the list of top scorers in the Serie A with 19 goals. The Swedish superstar Zlatan Ibrahimovic is expected to make his much-publicized return to action with Milan today as they host Sampdoria. The home fans are expecting a great show due to Ibra’s return. Milan sits 11th in the Serie A and are currently 14 points off fourth place Roma. Juventus host Cagliari in what should be an intriguing game, while the evening game sees Napoli welcome Inter who are joint leaders with Juventus.

The English Premier league make way for the oldest competition in football every first weekend of the new year. The Football Association Cup, better known as the FA Cup, was first established in 1871, and the first final took place at the Kennington Oval on the 16th of March 1872. Wanderers FC beat the Royal Engineers to become the first winners of the competition. One hundred and forty-eight years later the magic of the FA Cup still fires the imagination of football supporters worldwide. The competition always produces upsets as the big clubs enter the fray in January.

This year it was no exception as Premier League clubs Aston Villa, Brighton & Hove Albion suffered defeats to clubs from lower leagues.

Harry Arter’s wonder goal sent Aston Villa rolling out of Cup as Fulham sealed their place in the fourth round with a 2-1 win. Brighton semi-finalist last year, also fell at the first obstacle as they were knocked out by a well-put-together Adam Reach free-kick routine in a 1-0 defeat to Sheffield Wednesday. Rochdale earned a replay at St James’ Park with a 1-1 draw against Newcastle. Watford 2019’s beaten finalists also joined them having blown a three-goal lead against League One Tranmere Rovers. Manchester City, the holders brushed lower league opponents Port Vale away with a 4-1 win at the Etihad while fellow Premier League club Leicester City cruised to a 2-0 win over Wigan. Southampton progressed with a 2-0 victory over Huddersfield. Brentford beat Championship rivals Stoke City 1-0, while Oxford United ended Hartlepool United’s dreams with a 4-1 win. Cardiff City managed a second-half comeback in a 2-2 draw with Carlisle United. Reading and Blackpool will need a replay after also drawing 2-2. Wolverhampton Wanderers and Manchester United must do it all again as both teams struggled to find a way through the goal.

On Sunday Liverpool hosted their neighbours Everton in a Merseyside cup tie. The game was decided by a wonder goal from Curtis Jones. A product of the academy Jones curled in the only goal of the game to score his first senior goal for the Reds. Derby County knocked out Premiership club Crystal Palace with a goal from Chris Martin. Middlesbrough forced a third-round replay against Tottenham. Ashley Fletcher had given the hosts the lead at Riverside Stadium only for Lucas Moura to equalise and save Spurs form another cup upset. Eight-time winners Chelsea eased into the fourth-round draw with a 2-0 victory over Nottingham Forest. AFC Fylde the lowest-ranked team in the third round lost to Premier League club Sheffield United 2 -1 but it was a performance that defied their non-league status. League One Gillingham lost at home to Premier League side West Ham with Zabaleta and Fornals scoring for the Hammers. The draw for the fourth round of the FA Cup will take place this evening before the last game of the third round between Arsenal and Leeds United.