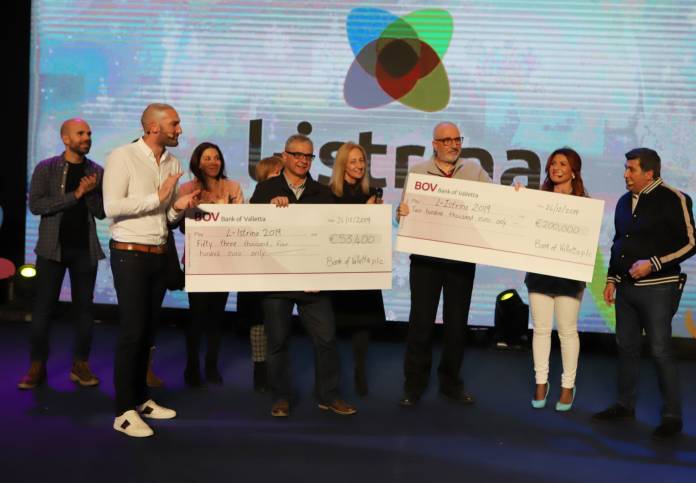 Bank of Valletta presented the sum of €253,400 to the Malta Community Chest Fund Foundation, during the live broadcast of L-Istrina.

The sum of €53,400 was collected through the L-Istrina BOV Piggy Bank Campaign, with school children in primary schools across Malta and Gozo making a charitable donation. Bank of Valletta topped up the amount with an additional €200,000 through its extensive Community Programme.

Mario Mallia, Chief Executive Officer at Bank of Valletta, accompanied by BOV staff members, presented the donation to H.E. George Vella, President of Malta and Miriam Vella during the live broadcast of L-Istrina.

“Through the L-Istrina BOV Piggy Bank Campaign, we have been striving to create awareness on the importance of solidarity with the younger generation since 2004”. said the BOV CEO, “We thank all school children, parents, school heads and staff for promoting the campaign, whose ultimate aim is to help the Malta Community Chest Fund Foundation. Bank of Valletta has also added a healthy donation, thereby helping the MCCFF meet its ever increasing demands.”

The L-Istrina BOV Piggy Bank Campaign is an integral part of the Istrina effort and has contributed over €2 million to l-Istrina over the last 16 years.

Why retailers must act now to capture sales in the ‘golden...