After the rain has gone, and the sun shines once more, the existence of the land in Nigret, limits of Zurrieq is still in the balance. A lone farmer tills the land, but for how long? this video was sent by those who are trying to protect this land which has been tilled for centuries. Observations, unconfirmed by historical expertise, say that the circular structure is the remenent of a medieval hut.

Bulldozers to move into Nigret?

An area of about 20 tumoli of arable land in Nigret, Zurrieq seems set for development as the planning process for PC49/19 gets underway. The land is adjacent to typical village edge development of two-floor terrace houses. 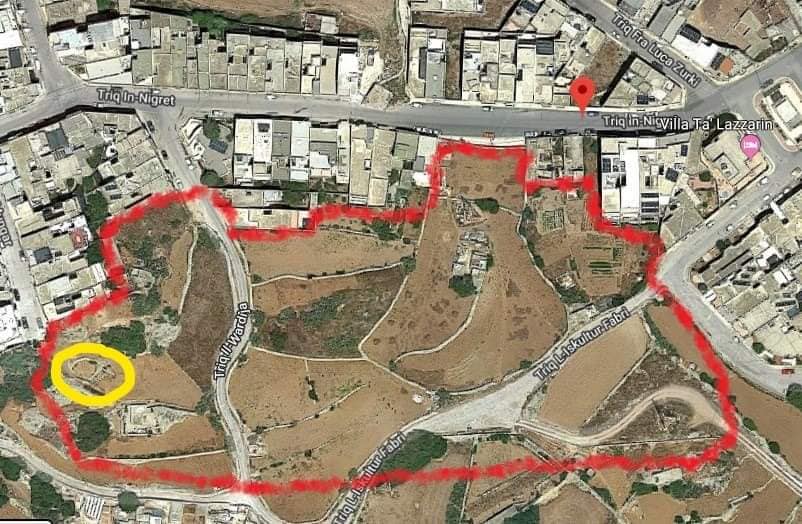 The application, if approved will dwarf these modest dwellings as the proposal is essentially translatable into five floors. PC49/19 requests permission for “Extension of existing roads, formation of new road, & zoning of resultant site within rationalisation area for terraced housing 3 floors and semi-basement.” In effect the semi-basement is, potentially another floor since that part of the development may be only slightly below street level. Observers close to the planning community said that the possibility of a penthouse is quasi-automatic, rendering the application in fact much larger as a spatial entity.