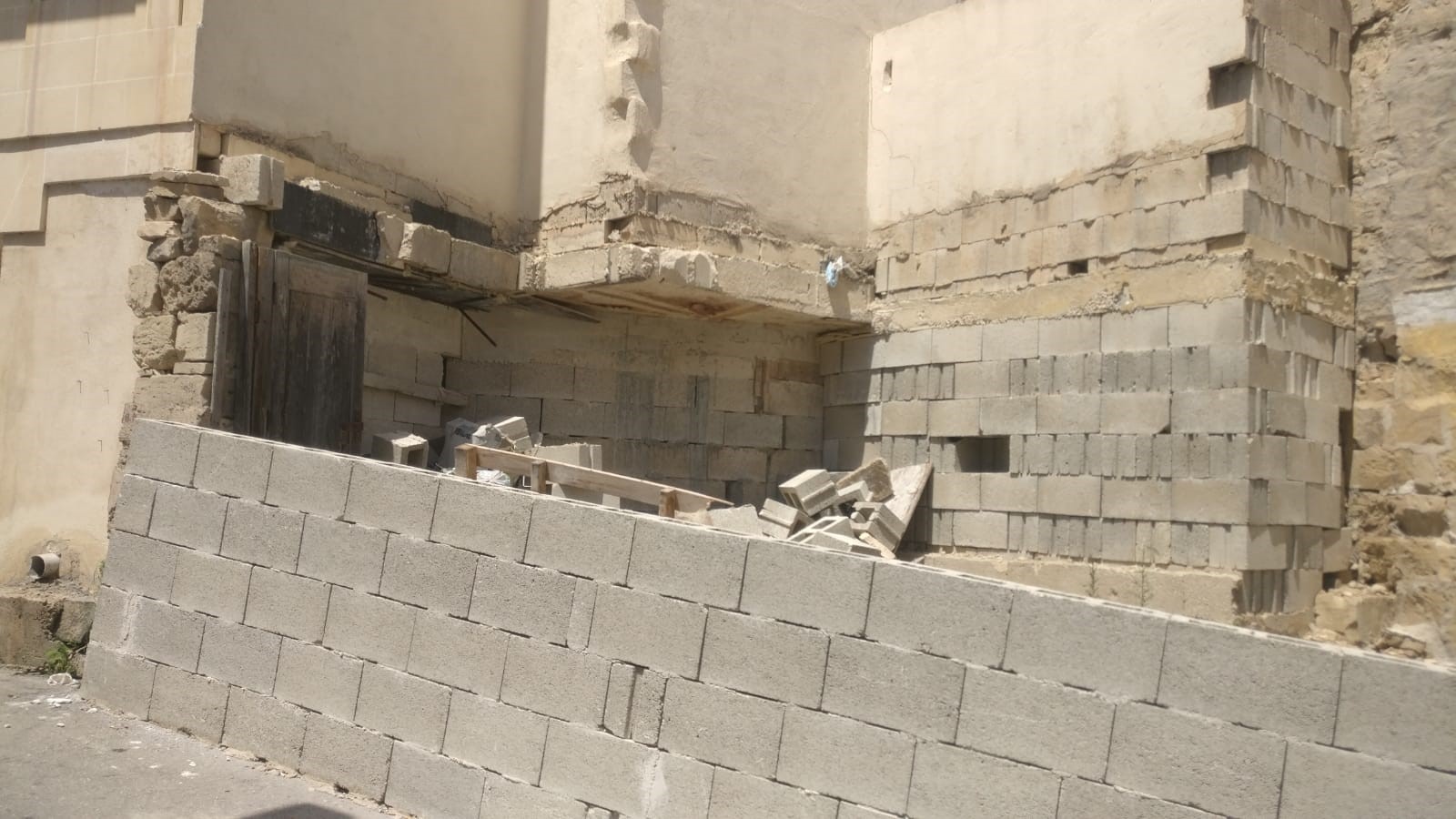 The Kamra tal-Periti, in a comment to Newsbook.com.mt said that the building which was making the social media rounds on Monday for seemingly resting on two flimsy brick columns was actually specially designed. The KTP investigated the issue and got back to Newsbook.com.mt while no reply was received from either the Planning Authority or the Police, even if the latter, at least acknowledged that the query was ‘being processed’.

The block of flats photographed on Facebook appeared to be resting precariously on two wobbly brick columns. Informed sources told Newsbook.com.mt that it was unlikely that these columns are bearing the weight of the development, a structure that was approved in 2010. Moreover, the same sources said that it may well be that some illegal development or demolition took place adjacent to the new block and the architect of the development is in the dark on the whole thing. Newsbook.com.mt has asked the Police and the Planning Authority what steps have been taken in terms of dangerous structures, in this case and was awaiting a reply. 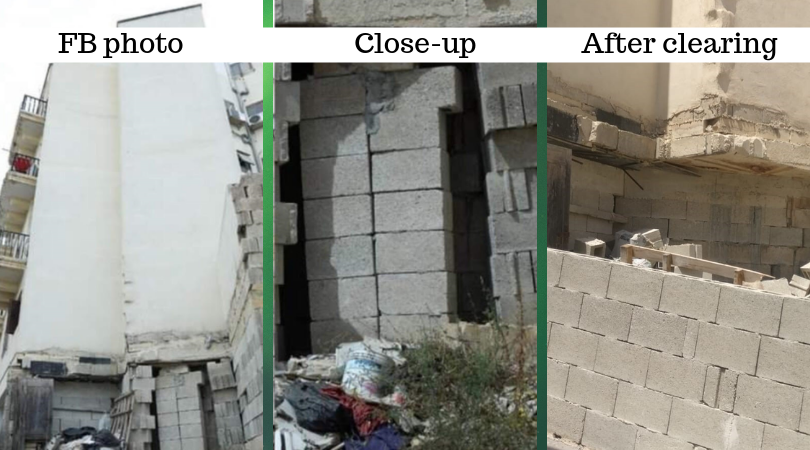 The KTP said that “With reference to the building in Triq Santa Venera c/w Triq Il-Harrub, Msida, and covered by PA/5897/02 and PA/3498/06, kindly note that this was constructed more than fourteen years ago. The party-wall is designed as a cantilever structure throughout the whole length. Each floor is supported as a cantilever structure. The concrete brick walls which were referred to by your portal served as a temporary support for the shuttering of the structural concrete slab. They had not been removed since there was another building adjoining the property and became visible when said property was demolished by a third party. These concrete bricks have now been removed. Please find photographs attached. It is thus amply clear that they served no structural purpose.”

The KTP stressed the importance of not resorting to over-sensationalism and that concerns  should be addressed through the appropriate channels.

“Shutting down all construction sites not advisable” – Kamra tal-Periti