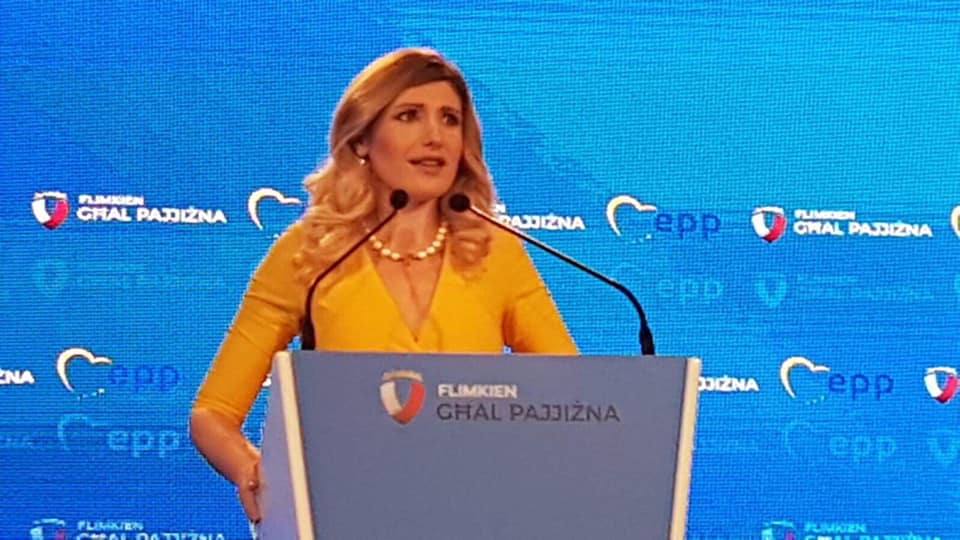 Nationalist Sectional Committee in Mosta said that MP and shadow minister for the economy Kristy Debono should have shouldered responsibility over her meeting with Yorgen Fenech, owner of the Dubai-based company 17 Black. Debono also serves as the Party’s President on its General Council. When the meeting came to light, MP Hermann Schiavone had suspended himself from the Party and now sits as an independent MP.

READ: Schiavone suspends himself from PN

However Debono limited herself to an apology back then, saying that it was an error of judgement. Remarking that this event went on as though it was business as usual, the Sectional Committee said that they would have expected Debono to shoulder responsibility and not put the party in bad light, asking how can the party be credible in view of such events.

PN Sectional Committee in Mosta has sent a stern letter to its party on Friday, in which among other things, they call for those responsible for the electoral defeat to shoulder responsibility.

Mosta Sectional Committee said that the current situation of the party was discussed and that they felt that they could not keep silent in view of all that has happened following the electoral defeats suffered during the Local Council and the European Parliament election held on 25 May.

Similarly, Paola’s PN Sectional Committee, has discussed and unanimously approved that a letter is sent to PN leader Adrian Delia to ask the Party’s administration to shoulder responsibility for the electoral defeat, the reaction issued by the party to the defeat, and the debacle which followed since the elections were held, according to sources that have spoken to Newsbook.com.mt.

“The administration should be responsible for its actions”

Expressing its shock at the statement made by Secretary General Clyde Puli, when he compared the results obtained during the election to a survey commissioned by the Labour Party media, which had shown that the party would suffer a greater loss at the polls, the Sectional Committee asked whether the result obtained was a satisfactory one. The Committee remarked that such a statement angered party activists and in a more direct manner the electorate.

The Sectional Committee said that the administration of the party should shoulder responsibility and explain the facts, as “this is not helping the party advance”.

PN Mosta Sectional Committee also discussed the co-option fiasco after former MP Jean Pierre Debono won with two votes over Kevin Cutajar, only to renounce his seat later after allegations of irregularities in voting lists emerged. The co-option process kicked in, after former MP David Stellini resigned after unsuccessfully contested the MEP elections and will be returning to his former job. The Sectional Committee asked whether any responsibility was shouldered with regards to the voting irregularities.

Kevin Cutajar went on to become an MP only a week after the first vote was taken during an Executive Committee meeting. Describing the situation as shocking, the Committee said that the Secretary General Clyde Puli was actively scouting and encouraging other members to take up the vacant seat in Parliament instead of Cutajar. Puli denied encouraging other members to contest the co-option vote.

READ: Puli says he called up all PN candidates on 13 district ahead of executive meeting

The letter ended urging everyone to shoulder their responsibility saying that no one enjoyed their trust anymore. 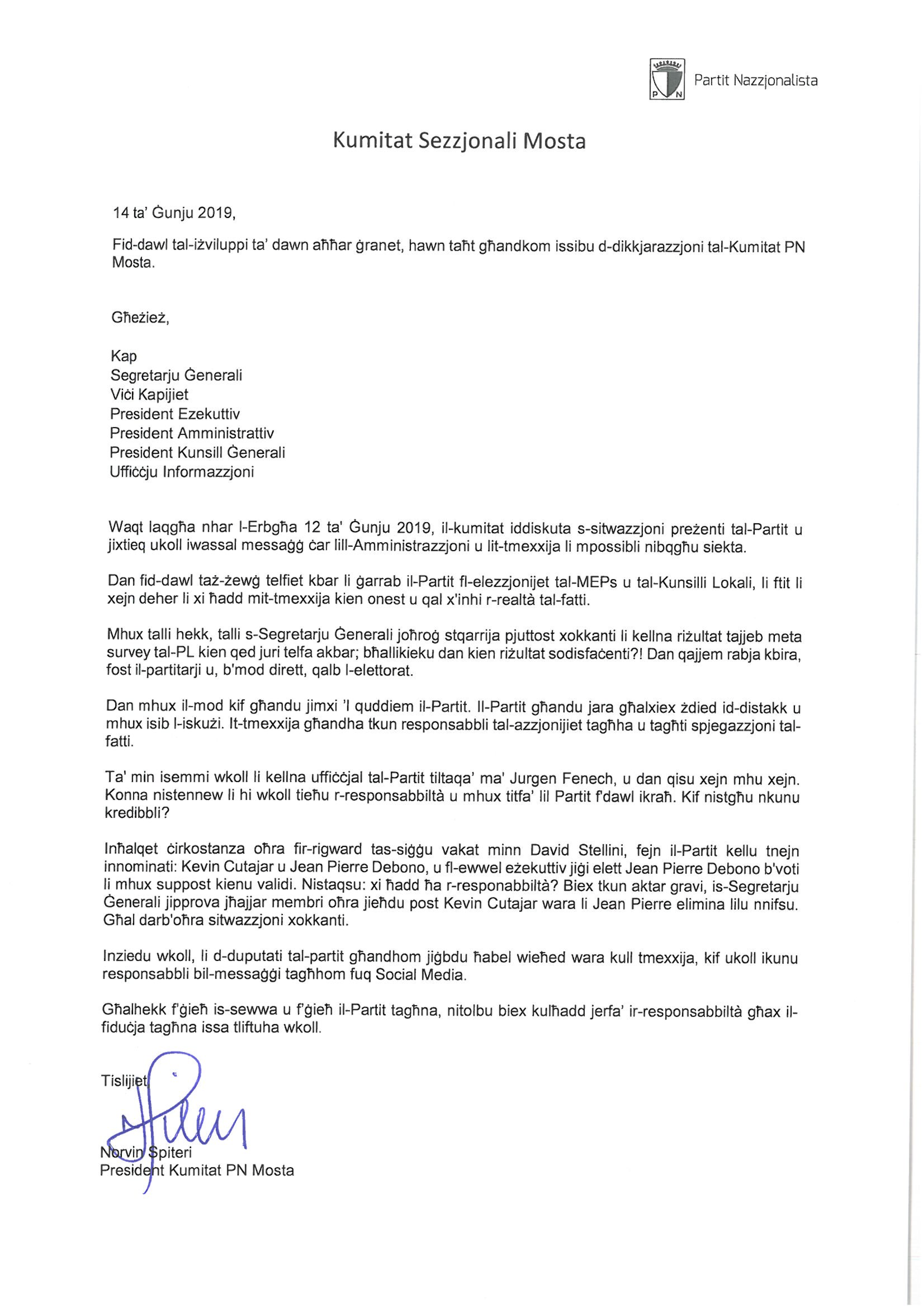 Watch: “I am ready to serve where Delia thinks it is best” – Kevin Cutajar