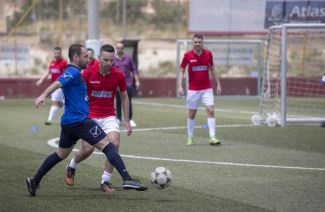 KPMG recently hosted its Banca Cup football tournament for yet another year, with Bank of Valletta and MeDirect taking the winning titles for the men’s and women’s tournaments respectively. 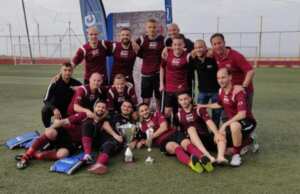 This years’ tournament, which was held at Melita Grounds in Pembroke, saw a change in format with the men teams playing on a 7-a-side basis rather than 5-a-side as in similar years. A great turnout was once again recorded, with 11 teams participating in the men’s tournament and another three teams in the women’s tournament. 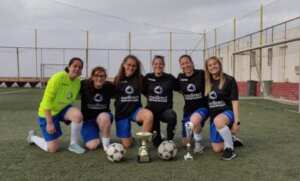 Bank of Valletta retained the title of the men’s tournament after achieving a 3-2 victory over Apex Funds Services, while MeDirect Women’s team were crowned winners after finishing first in the women’s league.

While thanking all participating teams, KPMG Malta’s Partner Noel Mizzi and Director Thomas Galea presented trophies and mementos to the winning teams. A networking event was held just after the presentation of the trophies which allowed players, delegates and others present to support their teams to end the afternoon in a celebratory manner.

“It is a great pleasure for us to see the popularity of this tournament increase year-on-year. This year we tried an experiment whereby we changed the format of the tournament and participants responded positively to this. This encourages us to continue to explore ways of how we can make this event even bigger in the future in order to have more teams participating. We thank all participants for their attendance and for their fair play throughout this tournament. See you all next year for an even bigger Banca Cup 2020,” said Thomas Galea, Director Audit Services

Christoph Schwaiger   August 5, 2020
A number of Beirut port officials are under house arrest as rescue efforts continue in Beirut in the aftermath of Tuesday’s explosion.

Christoph Schwaiger   August 5, 2020
NGO Alarm Phone said that a cargo vessel saved 27 people in distress in the Mediterranean and is heading for Malta.