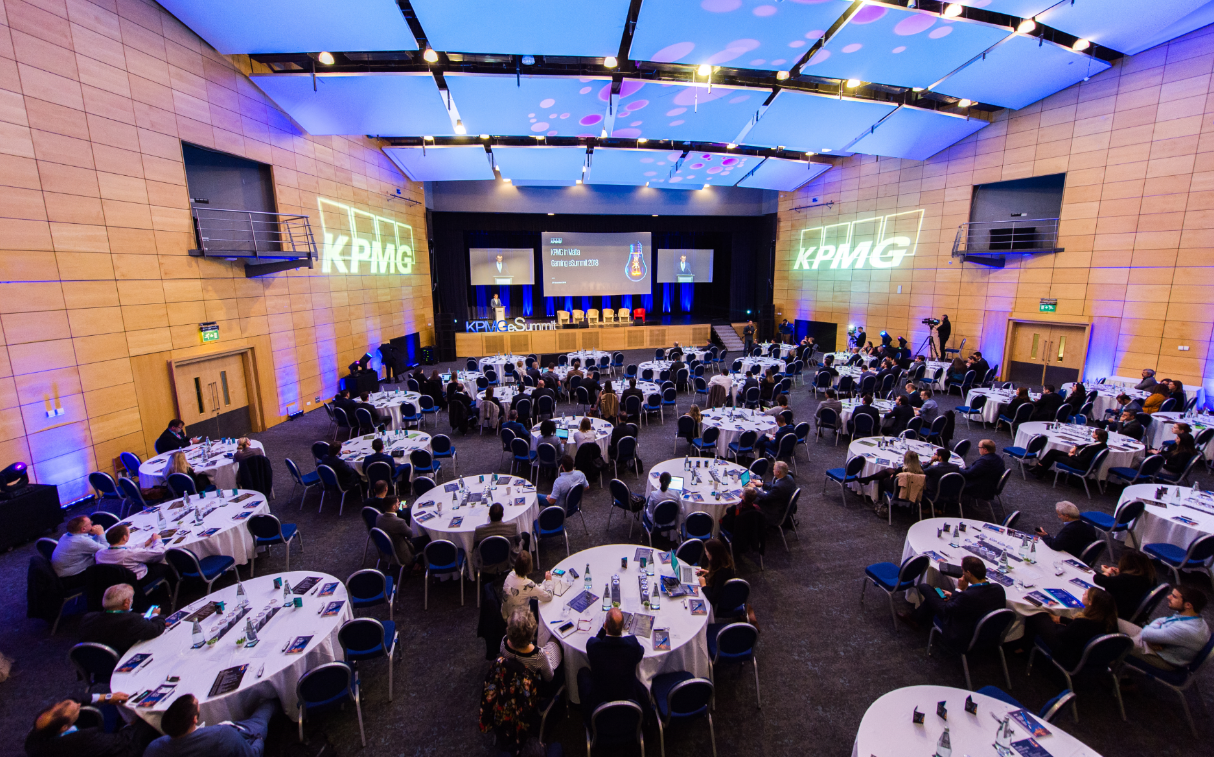 One of the more thought-provoking events in Malta’s Gaming week, the KPMG Malta Gaming eSummit took place in front of a full capacity audience at the Hilton Hotel Portomaso Yacht Marina, on Tuesday 27th November.

The eSummit featured 48 speakers in total covering a wide range of topics from social responsibility and artificial intelligence to market insights and employee engagement and has attracted delegates from all over Europe and as far as the United States.
Advisor Reinhold Karner gave the audience a fascinating look into the future through his ‘seven game-changing disruptive forces’ which are forecast to impact all businesses in the next decade. Developments in Germany, The Netherlands and Spain were also highlighted as they are key markets for Malta-based iGaming operators. Other speakers included Jeremy Harding Roberts who focused tackling crime in gambling and Richard Schuetz and Tom DiEnnio who gave insight on the US markets and the repeal of PASPA.

In addition to the main conferences there were also a number of breakout sessions with the eSummit‘s five legal partners – Wiggin, Asseni, Hambach & Hambach, Tonucci and Klaff, Katz and Franssen who focused on key regulatory issues.

Speaking after the event, KPMG Malta Associate Director Russell Mifsud said it had been an excellent day full of challenge and shared experience that would help business operators plan for success.

“The gaming sphere is becoming increasingly more complex and the need to anticipate the emerging trends and obligations of the industry have grown tremendously over recent years. Events such as the eSummit keep us all on our toes as ones’ brand and reputation is often what determines the winners from the losers”, he said.
This year the eSummit, the third to be held in Malta and the 20th to be held in the KPMG series across Malta. Gibraltar and the Isle of Man was held as a standalone event ahead of SiGMA.

During the event Microgaming, GiG, L&L Europe &SiGMA with KPMG raised €9,000 for ALS Malta, which is a charity that helps to improve the lives of those with motor neurone disease and other neurological conditions.”

The next KPMG eSummit takes place in Gibraltar on 9th May 2019.
KPMG in Malta is a Maltese Civil Partnership and a member firm of the KPMG network of independent member firms affiliated with KPMG International Cooperative (“KPMG International”), a Swiss entity. KPMG is a global network of professional services firm providing Audit, Tax and Advisory services. The network operates in 154 countries and territories and has 200,000 people working in member firms around the world. Each KPMG firm is a legally distinct and separate entity and describes itself as such.