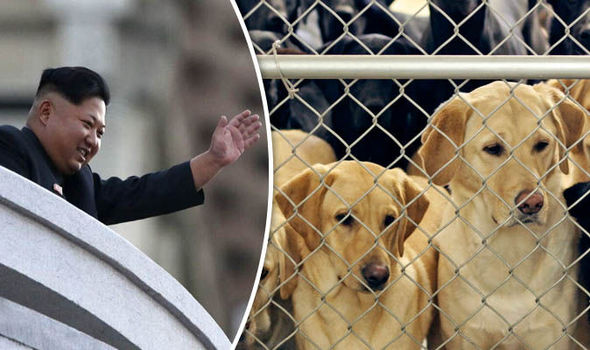 North Koreans are being forced to give up their pet dogs so they can be used as dog meat for restaurants.

According to reports North Korean leader Kim Jong Un is thought to be aimed at appeasing rising discontent among the public amid a dire economic situation in the secretive country, including food shortages.

Pet dogs are thought to be owned mostly by the elite and wealthy in the capital Pyongyang.

A ban on pet ownership was issued in July in North Korea, denouncing it as “a tainted trend by bourgeois ideology”, according to South Korea’s Chosun Ilbo newspaper.