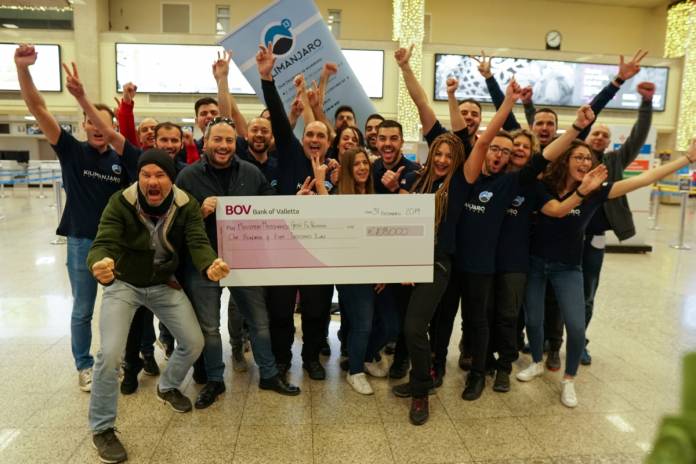 The Kilimanjaro Challenge 13 team have left Malta for Tanzania to climb Kilimanjaro, the highest freestanding mountain in the world.

The team is made up of 19 people from all walks of life who took on this big physical challenge with the sole purpose of raising money to help a community in Ethiopia.

Over the past 13 years, just under one million euros in funds have been collected through the Kilimanjaro Challenge, headed by Keith Marshall and Austin Cachia, for eleven projects in Kenya and Ethiopia. All these projects have been co-ordinated by the Missionary Movement ‘Jesus in Thy Neighbour’, founded by the late Fr George Grima who passed away in 2017, and is now headed by Fr Alex Cauchi.

The projects completed so far have all been successful in growing the community where they have been implemented. This year, the project is a primary school in Bonga, Ethiopia. The school will host 700 children and will be dedicated to Victor Licari.

The KC13 team has been meeting up since February 2019 and has completed a year of intense training in preparation for climbing Mount Kilimanjaro, standing at almost 6000m above sea level. Through various events held throughout the year and various company donations, the team has collected over €100,000 needed for the completion of the project.

The team will spend eight days climbing the mountain. Later, they will be travel to Ethiopia to inaugurate the school in Bonga.