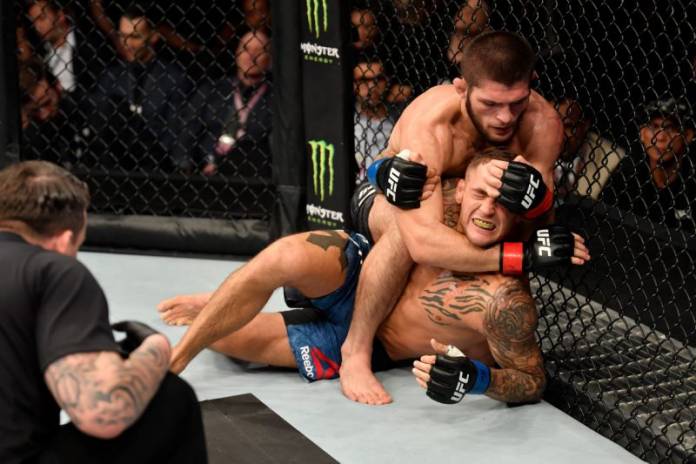 Dagestani Khabib Nurmagomadov defeated Dustin Poirier at UFC 242 with a rear naked choke in the third round. The MMA fight, which took place in Abu Dhabi in front of 16,500 spectators, was Nurmagomadov’s first fight since he defended his lightweight title against Conor McGregor in October 2018.

Poirier was close to ending Nurmagomadov’s unbeaten streak with a guillotine attempt but the talented wrestler managed to squeeze out of this dangerous situation. The Louisiana-born fighter got his title shot by overcoming Anthony Pettis, Justin Gaethje, Eddie Alvarez and Max Holloway but could not break down Nurmagomadov’s dominance on the division.