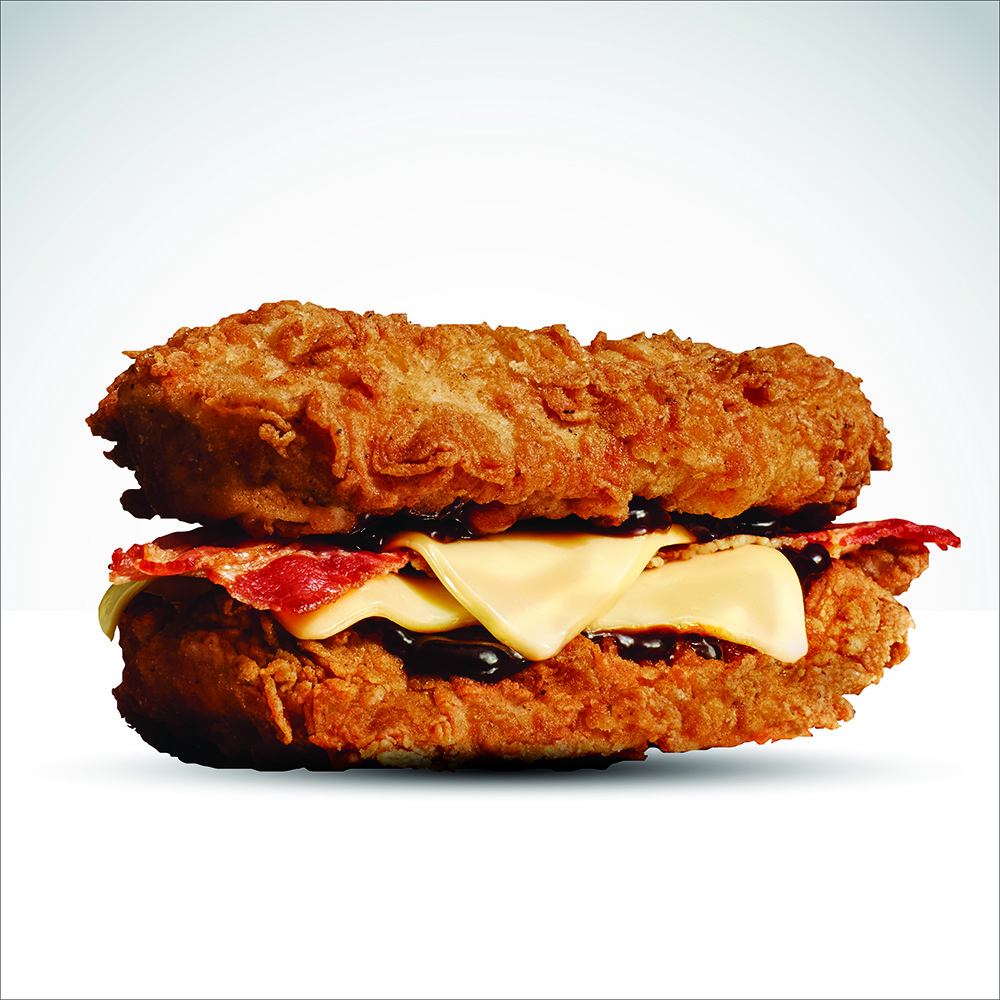 KFC Malta has launched the Double Down, one of KFC’s most successful sandwiches. Previously only available in Australia, New Zealand, the USA, Canada and the UK, the Double Down has finally hit Malta’s shores for a limited time only.

If you love crispy fried chicken, then you won’t get enough of the Double Down. The sandwich replaces the usual bread with two ‘original recipe’ chicken fillets and sandwiched between them is bacon, cheese and BBQ sauce. There is also a spicy zinger version available for those who want to test their spice tolerance.

“There’s been so much excitement for the Double Down since it first launched in the US in 2010. It was followed by the UK market last year also with a fantastic response. It has sold out in every country that it’s been released in so we’re positive that it will also be popular in Malta,” says Kurt Micallef, Food Chain Business manager.

KFC is operated in Malta by Food Chain Limited, a member of the Farsons Group. Follow KFC Malta on Facebook: www.facebook.com/KFCmalta or visit www.kfc.com.mt.