The police had also arrested Nexia BT’s Brian Tonna and Karl Cini following the conclusion of an inquiry into kickbacks Schembri allegedly received on the sale of passports.

Schembri had been arrested by the Police at 00:30 am on Tuesday and was immediately taken to the Police HQ.

Later in the morning, Schembri filed a court application so that his lawyers could have access to the information related to the case he is being investigated on and that Schembri should be granted communication with his lawyers.

In comments to Newsbook.com.mt, Schembri’s lawyers confirmed that their client was refusing to answer the police’s questions before access to the findings of the magisterial inquiry was granted.

The lawyers also insisted that the Constitutional Court should hear their case with urgency. They subsequently informed Newsbook.com.mt that a Court has ruled that they are to be granted the access to the inquiry that they sought.

Have rights been abused?

Meanwhile, however, another expert told Newsbook.com.mt, that the call for the lawyers must happen as soon as the suspect is taken in, citing Art534AF of the Laws of Malta. This article states that “34AF. (1) Where a person is arrested and detained at any stage of the criminal proceedings, any documents in the possession of the police which are related to the specific case and which are essential to challenge effectively the lawfulness of the arrest or detention shall be made available to the arrested person or to his lawyer.” 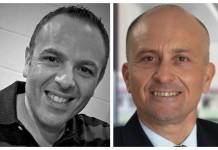 On Monday, Madam Justice Edwina Grima issued an order to freeze all assets held by disgraced former OPM Chief of Staff Keith Schembri, his wife and one of his two daughters, among others.

The lengthy list includes Nexia BT and its partners.

The court concluded that there is reasonable suspicion that money laundering offences have been committed.

Several companies were given 24 hours to comply with the order and to notify the Attorney General of all possessions of the defendants, together with any goods, accounts, services or safety deposit boxes they have with financial institutions.

The Daphne Caruana Galizia Foundation has welcomed the arrest of Keith Schembri, the former prime minister’s chief of staff, on suspicions of serious financial crime.

Daphne Caruana Galizia first revealed Schembri received kickbacks on the sale of Maltese passports, and laundered the proceeds through his network, on 24 April 2017.

In a statement issued on Tuesday, the Daphne Caruana Galizia Foundation said that for three and a half years, the Malta Police Force and the Attorney General failed in their legal obligations to act against Schembri and a magistrate’s inquest conducted in secret, whose findings remain secret, is no substitute for justice.

“Had Malta’s institutions worked effectively from the start, Daphne would be alive today and the country would have been spared years of pain, grief, and shame,” stated the Daphne Caruana Galizia Foundation.